I'm trying to hurry and get this posted as we have tornado watches all across the state.....the clouds are dark and "rolling" out there and we are right in the cross hairs.  It was in the 80's today but the cold front coming in is what causes the storms.  We're very "unstable" here but then I didn't need to tell you that. LOL! 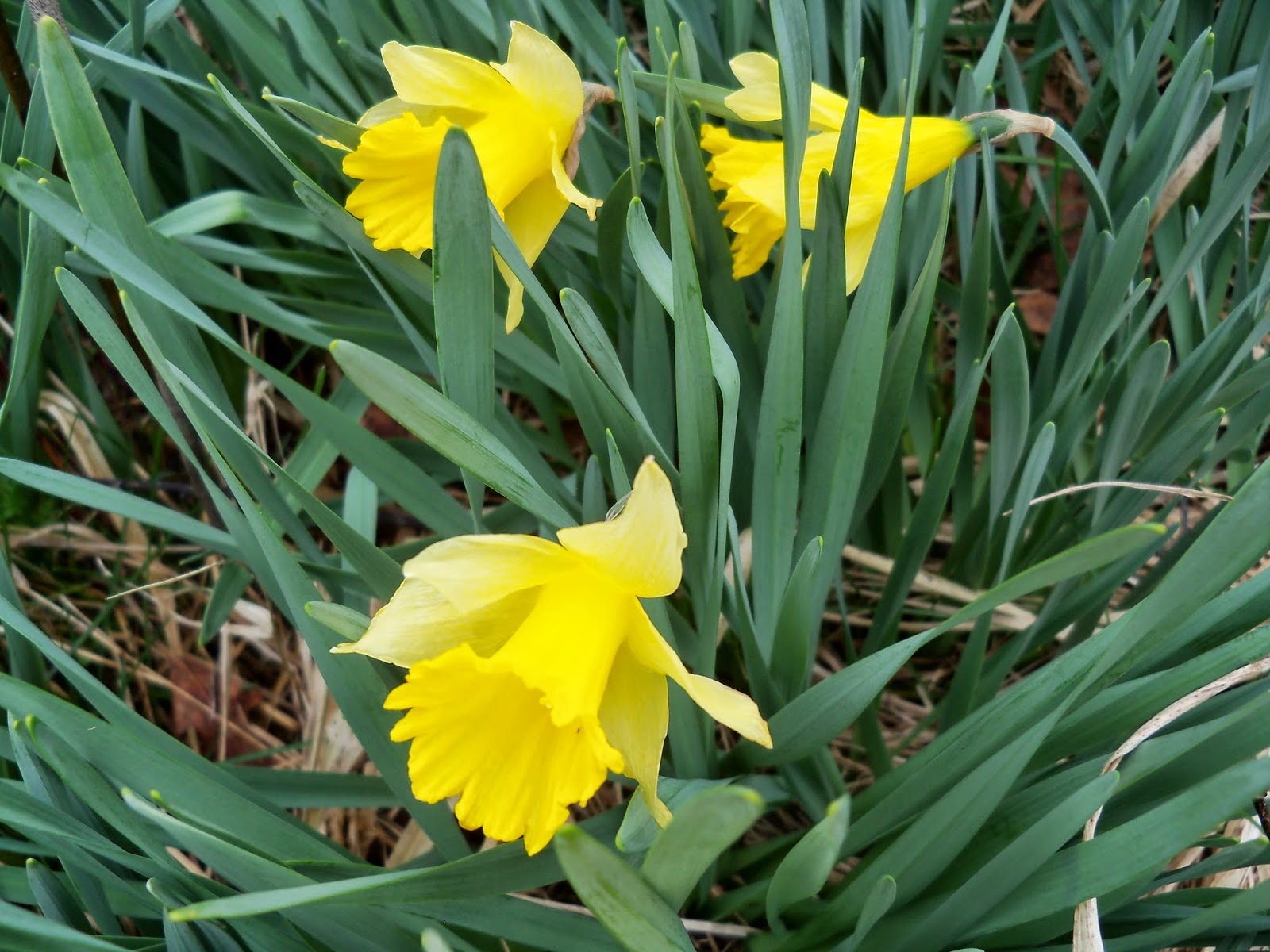 and the daffodils
I was "under the weather"  this week for a few days so my usual get up and go got up and went. 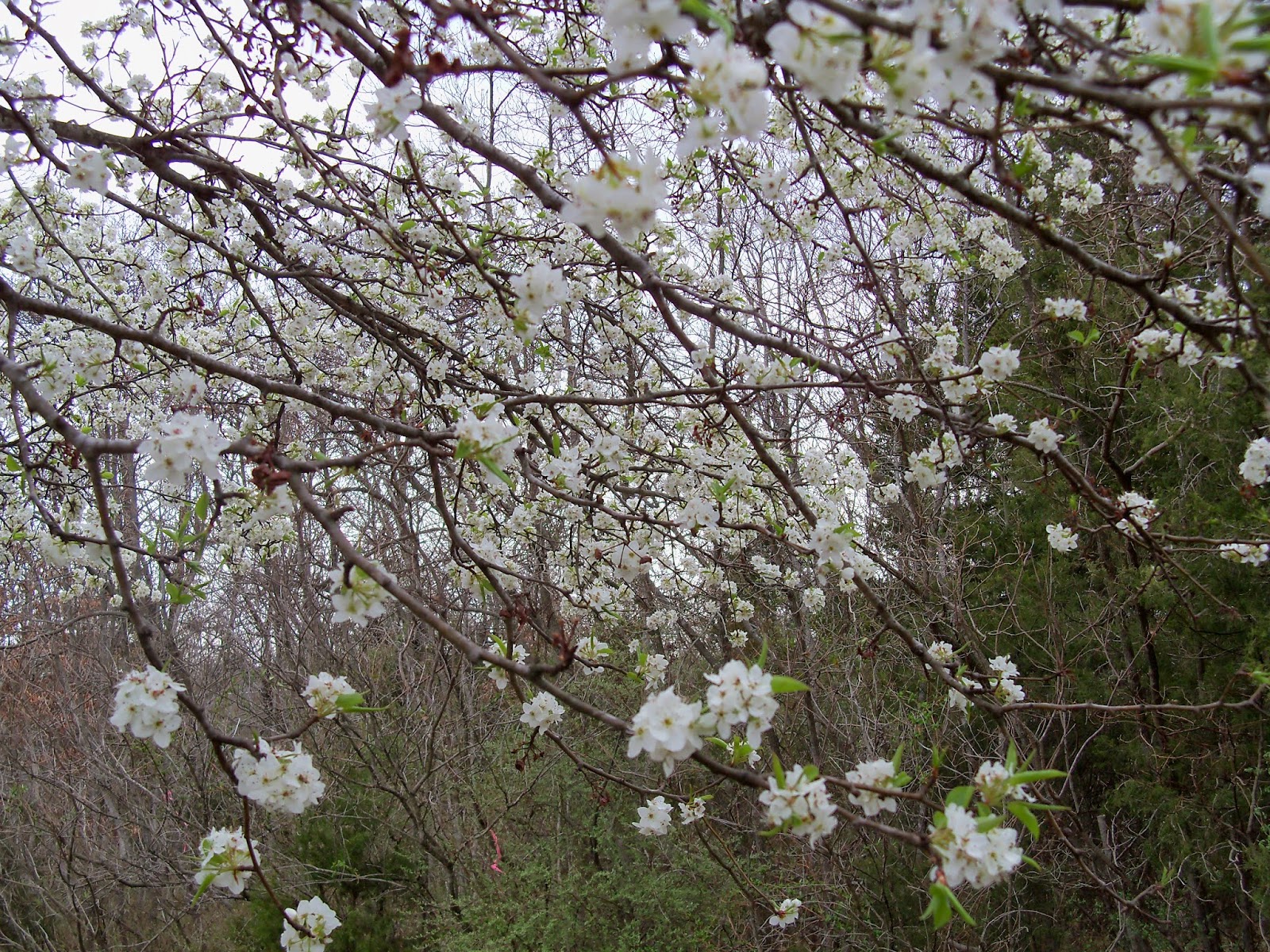 I did start a new book although so far it isn't "grabbing me"but hopefully it will get better..... 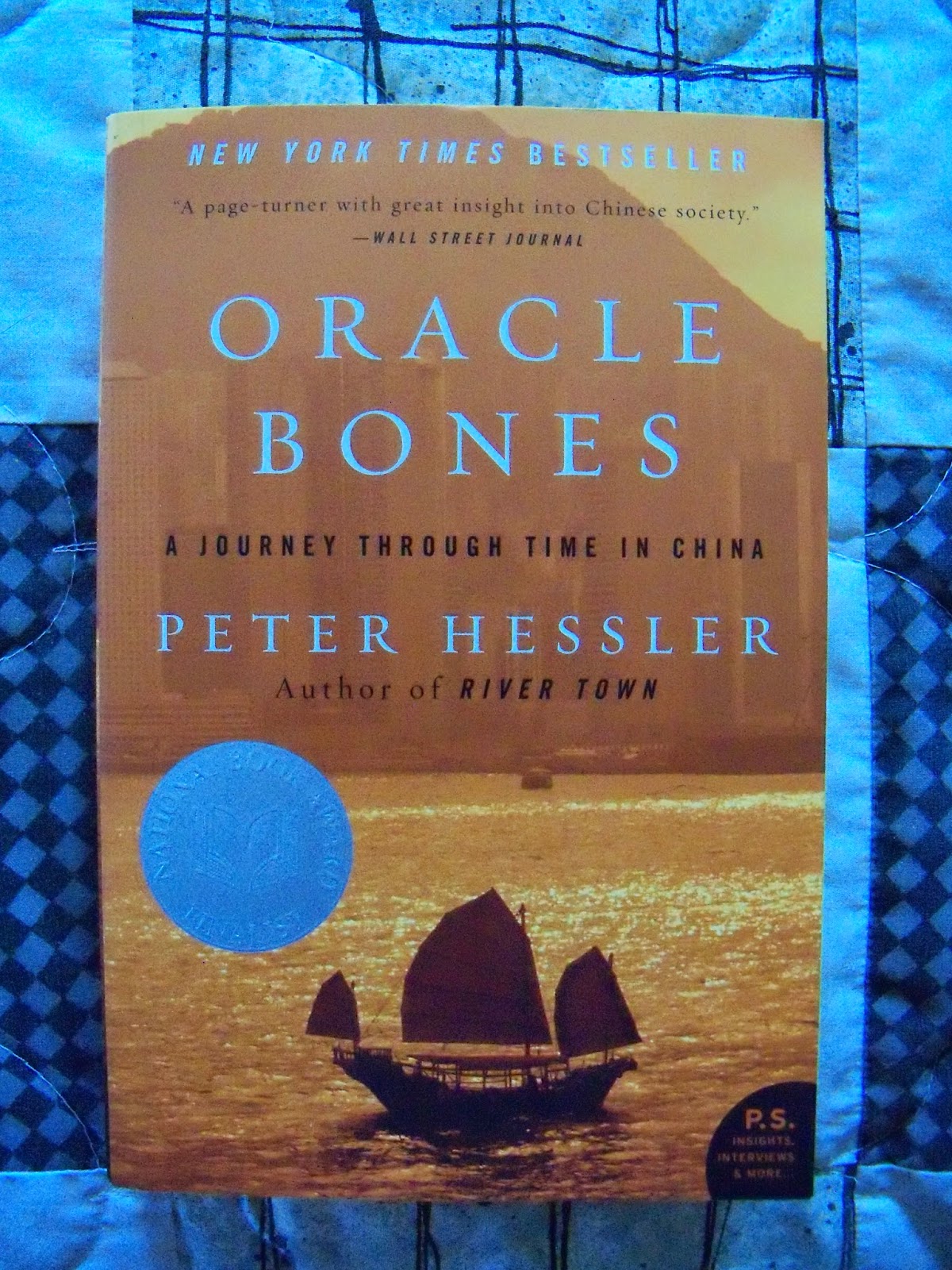 I'm also reading Sense and Sensibility by Jane Austen but I think I enjoy watching it on PBS as opposed to reading about it and I did see this on PBS previously.  Again, I haven't gotten that far into it.
I finally cast on my socks....again.  Hopefully this time all will go smoothly but no T.V. watching while knitting these!  BTW, my daughter's afghan is coming along....Row 7 of  110 but at least I can work on that while watching t.v. 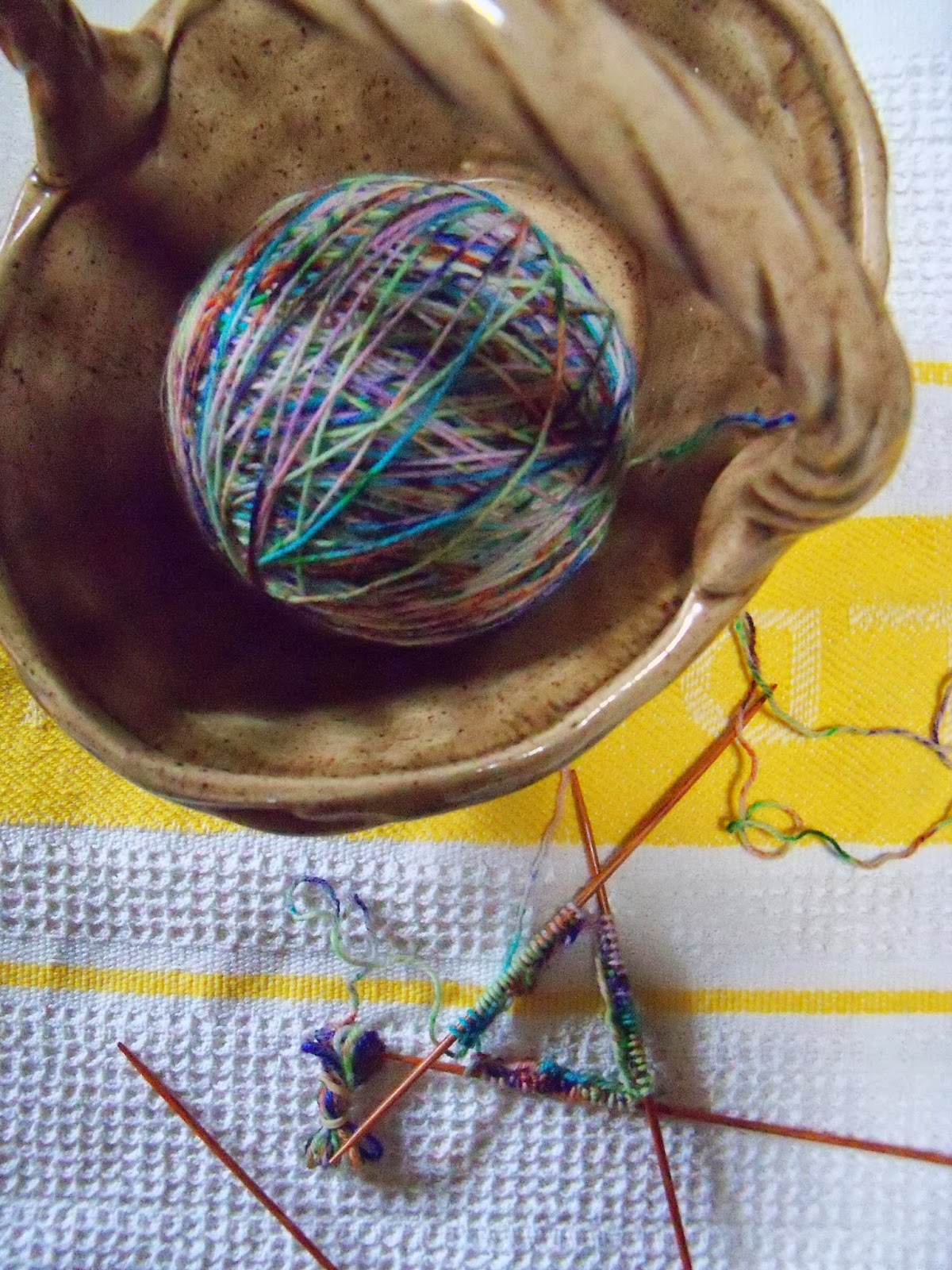 I did manage to get to Walmart before I got sick and picked up some paint and tools as I've decided to start painting the trim in this house.  I have some great pins on my DIY Home board on Pinterest and one is a gal that swears that the best improvement and the biggest difference in her home happened when she decided to paint all the wood trim in her house.  She shows before and afters (love those) and it really did make it brighter and more open looking.  I have so much wood here it looks like I live in a cave.
She said she paints her trim with a brush and then takes that little sponge roller over it to eliminate the brush strokes.  Genius!  That little foam roller kit was all of a couple bucks and includes a replacement roller and the package IS the tray!  Now someone was thinking!  She recommends specific tools she uses and another was the Spray Grip you attach to your spray paint cans and it makes it easier to use and of course you can reuse it over and over....don't throw it away with your can when it's empty! LOL!  I say that because I did might have done that once maybe...I can't really remember. 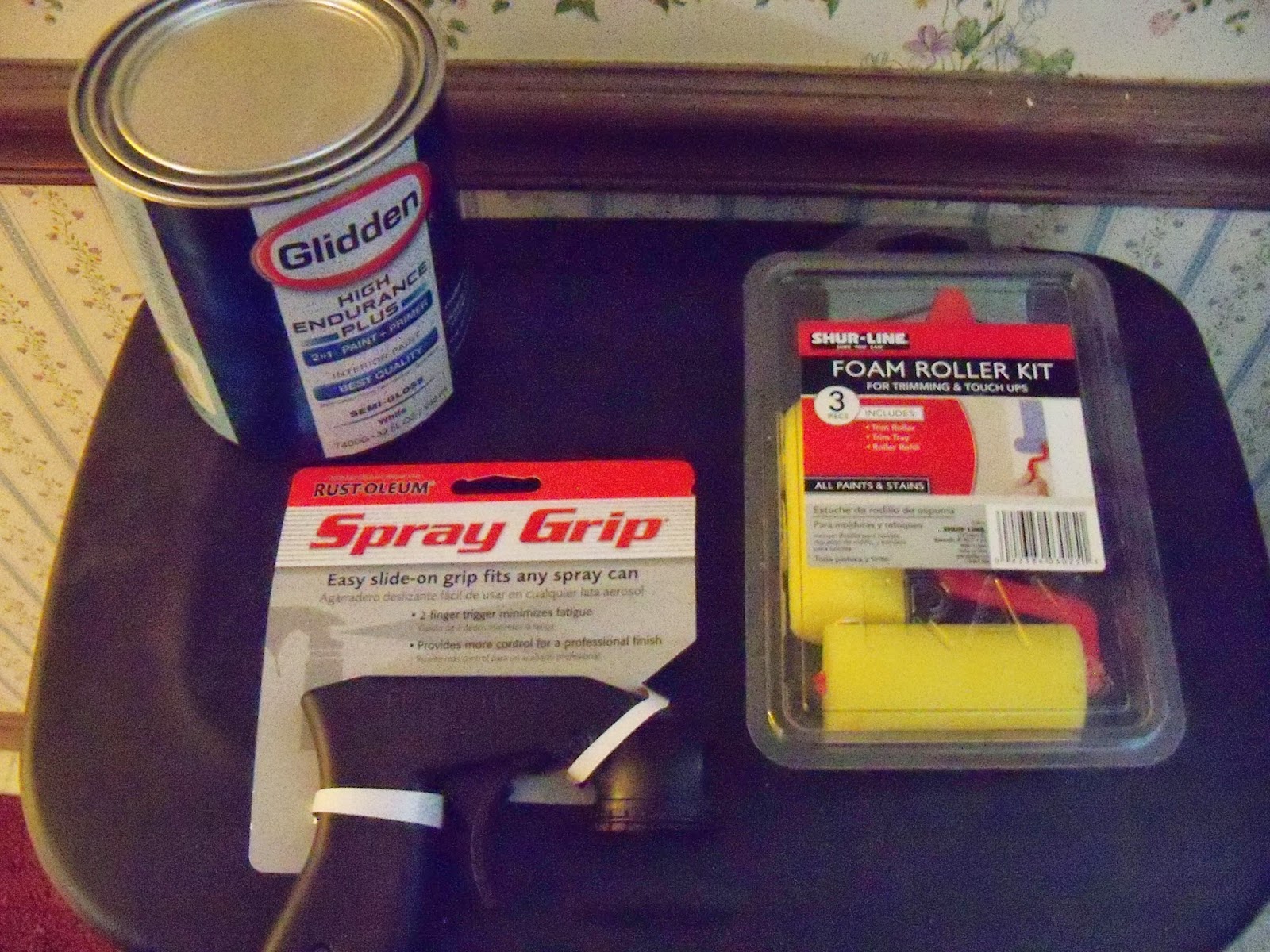 The paint is just plain white semi-gloss with a sealer in it...she recommends using a sealer first such as Zinser or Kilz.  I'll see what happens using just this combo.  I got all this at my not so local Wal-Mart.
So you can see I really haven't gotten much done this week but hopefully I'm "ramping up"!
Happy Trails and I promise I will catch up with you all....eventually.  Stay safe this Spring!

I can't believe I haven't blogged for a week but that's what happens when Spring Break arrives!  It was for my grandchildren anyway.  They couldn't come down but that doesn't mean we didn't spend lots of time together! LOL!  One got food poisoning  (at a restaurant), one got pneumonia and was hospitalized and the other one spent his vacation at home because his brother was sick.  Me?  I spent hours on the phone with all of them getting updates, giving advice (when asked), trading the latest great ideas on Pinterest for Easter and recipes, etc.  I spent more time on the phone this week than I have all year but they're all better now and it was fun!
I did get a few things worked on but I am Spring Cleaning and that involves painting too but more on that later this week. For now it's YOPs we're focusing on. 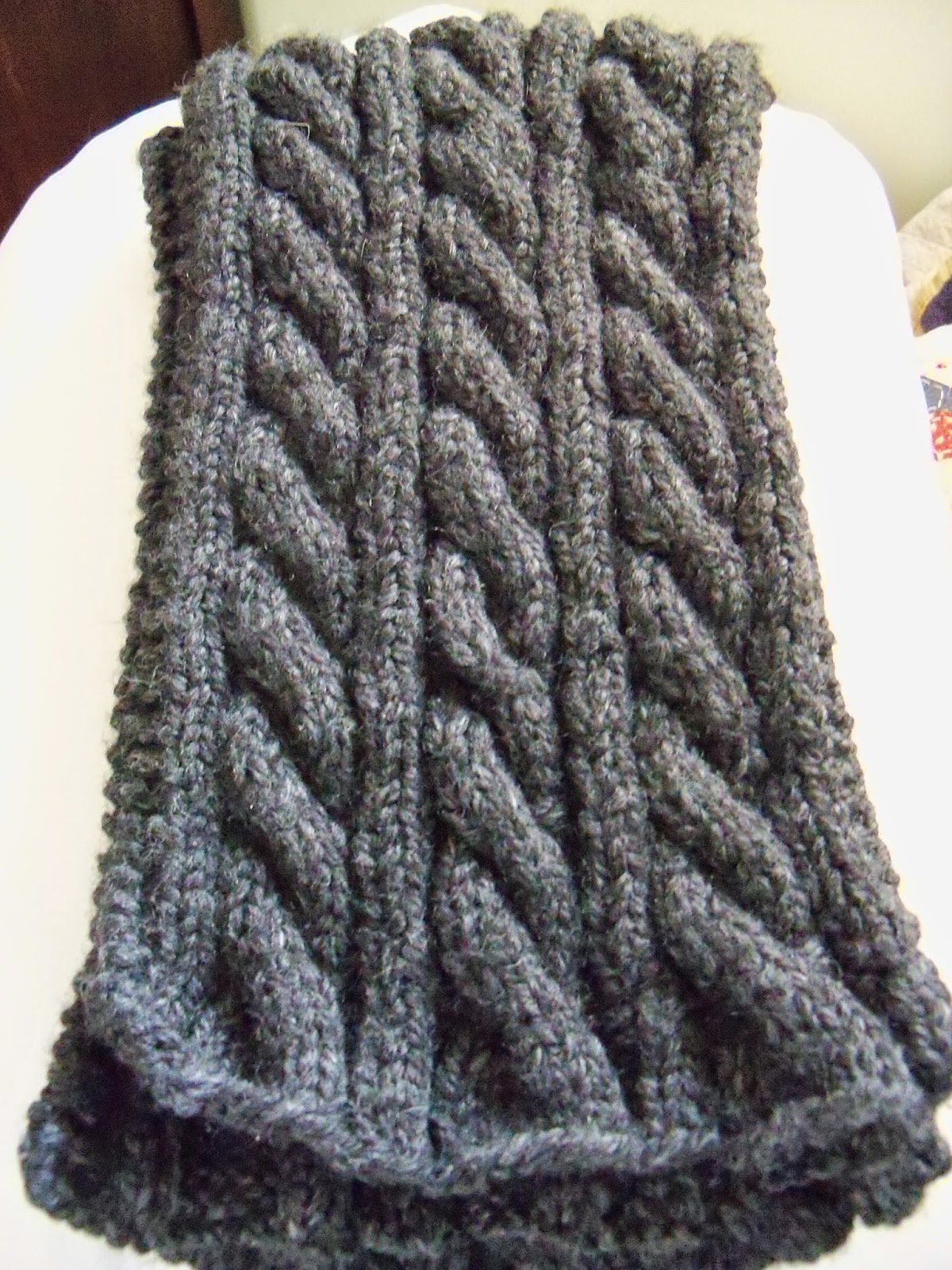 It's done....finally!  I love this pattern and I actually love the yarn but the bulkiness is too much for my hands and the scarf is not as flexible but boy will it keep him warm.  This is the Irish Hiking Scarf pattern on Ravelry for my son, "Jimmy Me Boy".  We are Irish too so I know he will love it.  Should I give it to him now or wait until next Christmas or his birthday which is also in December?   It's getting a little warm to wear it now or is it?  Some places are still getting snow and they were one of them.  I still need to wash it and block it but it's done.  I also bound off  "in pattern" which I've never done before.  I don't know that it made much difference but maybe it did.  This scarf is taller than me and I'm 5'2" so I'm thinking it's 6 feet long.   Plenty of room for wrapping although it is really bulky.  This would make a good coat! LOL!  I do love this pattern and love making cables so there will be more of these but  not in bulky yarn.
I have finally figured out the front and back post cluster stitches but I can barely see the stitches as the yarn is so "heathered".  As long as it looks fairly consistent and nothing shouts "MISTAKE, MISTAKE!!!!" I'm forging ahead.  I am on row 6 which is the farthest I've ever gotten! 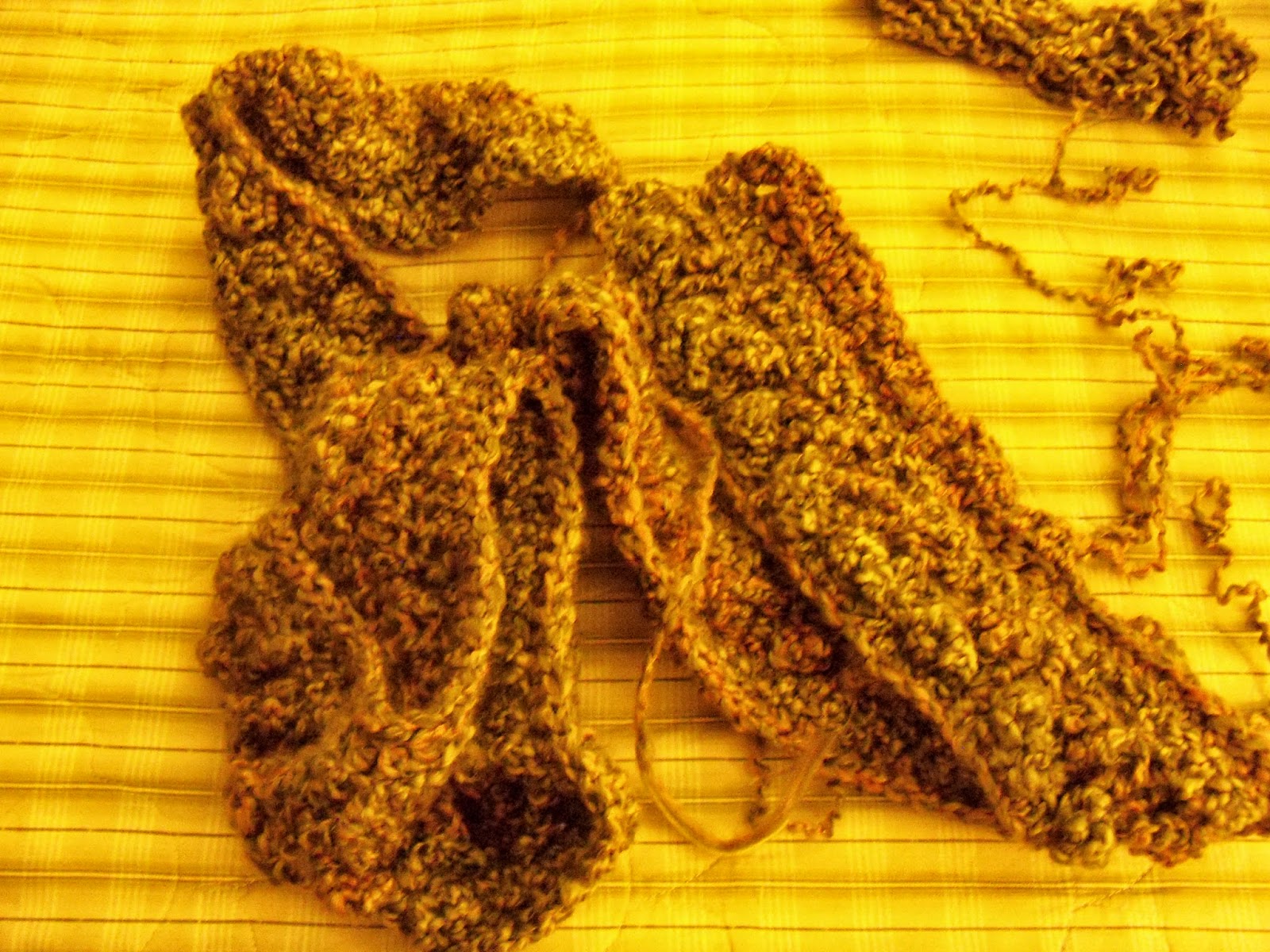 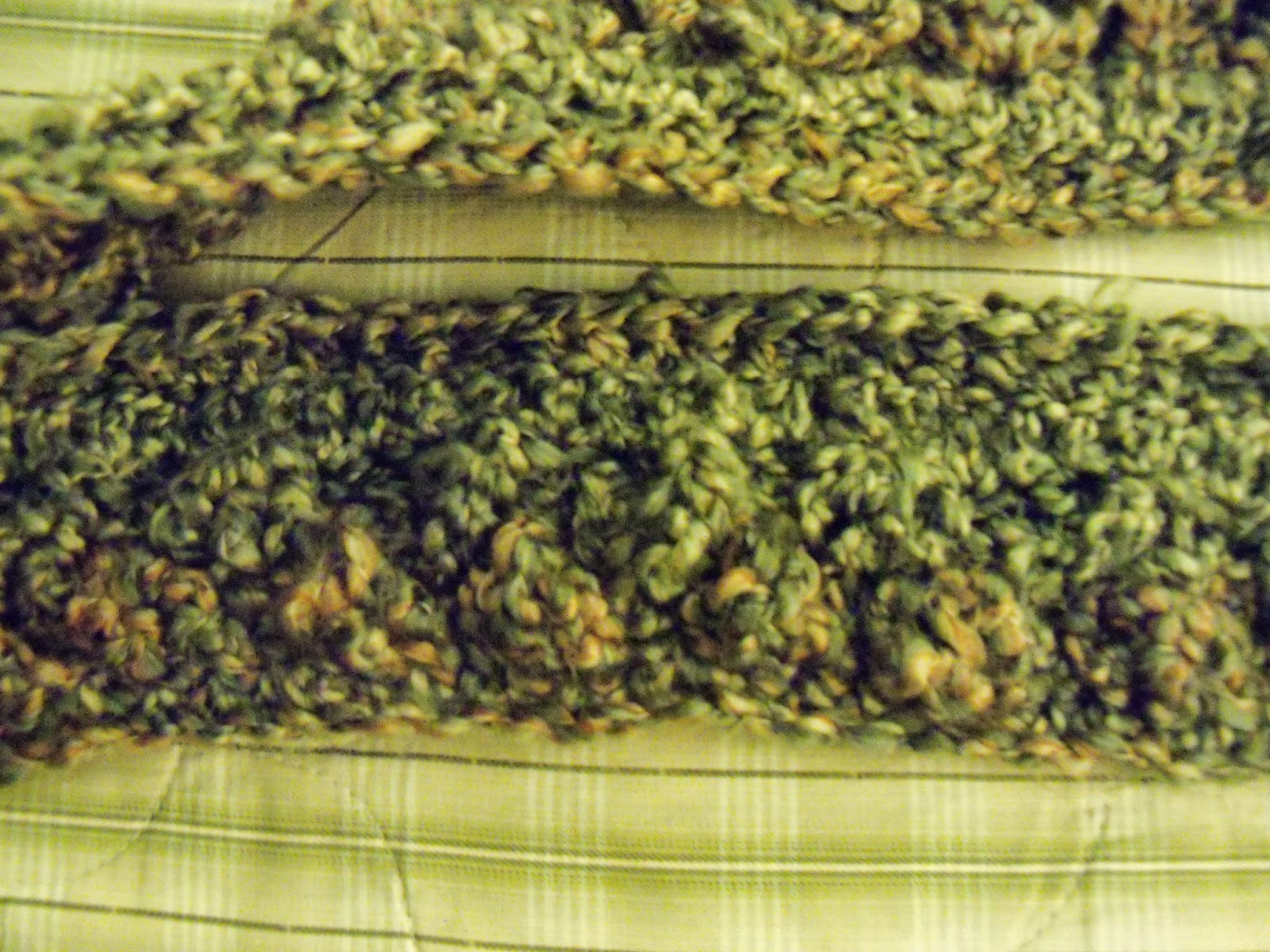 It is a really soft yarn (Lionbrand Homespun) but again.....I would never buy this yarn for anything it's that awful to work with but the colors (greens and peachy coral?) will go great with my daughters couch and living room colors and it will be a really soft and cuddly throw when finished.....years from now. LOL!  I'm on Row 6 of like 110, I think..... not counting the edging.  Woe is me.
So, now it's time for something for MOI.  I will once again (they were previously frogged as I wasn't very far along and needed the needles for a quick gift) be casting on a pair of socks in my beautiful Cakewalk yarn but I'll have to go find the pattern as I can't remember what I was using.  It might have been my first pair of dpn socks.....yes,  I was using the tutorial from Very Pink.  It's all coming back to me now. 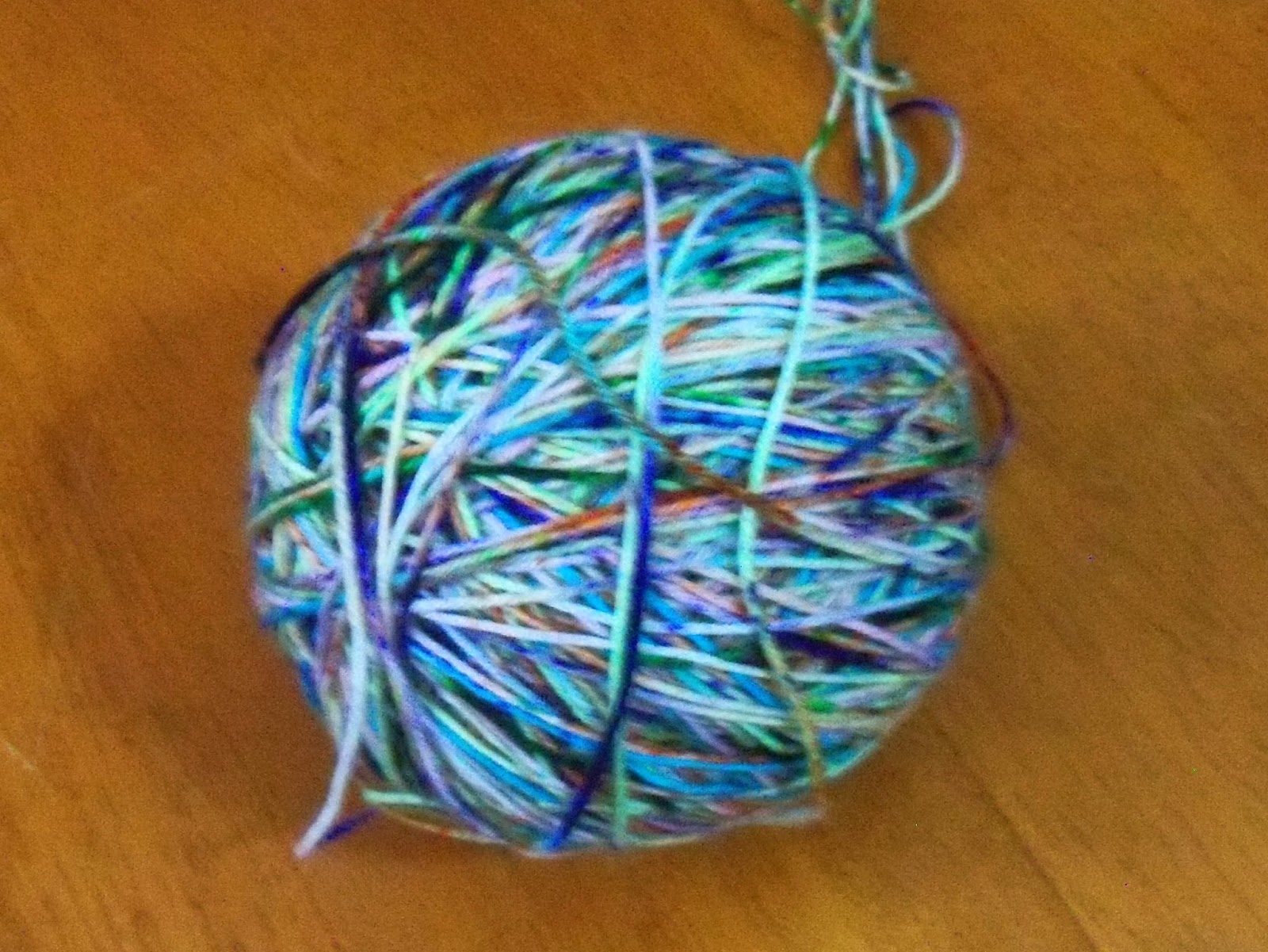 Did I mention this yummy snack and/or breakfast idea?  Quick and healthy.  Ricotta cheese spread on homemade bread or a nice Italian/French style, sliced grape tomatoes, 1 tsp olive oil drizzled on each, some salt and pepper and under the broiler for about 5 minutes or so.  Delish! 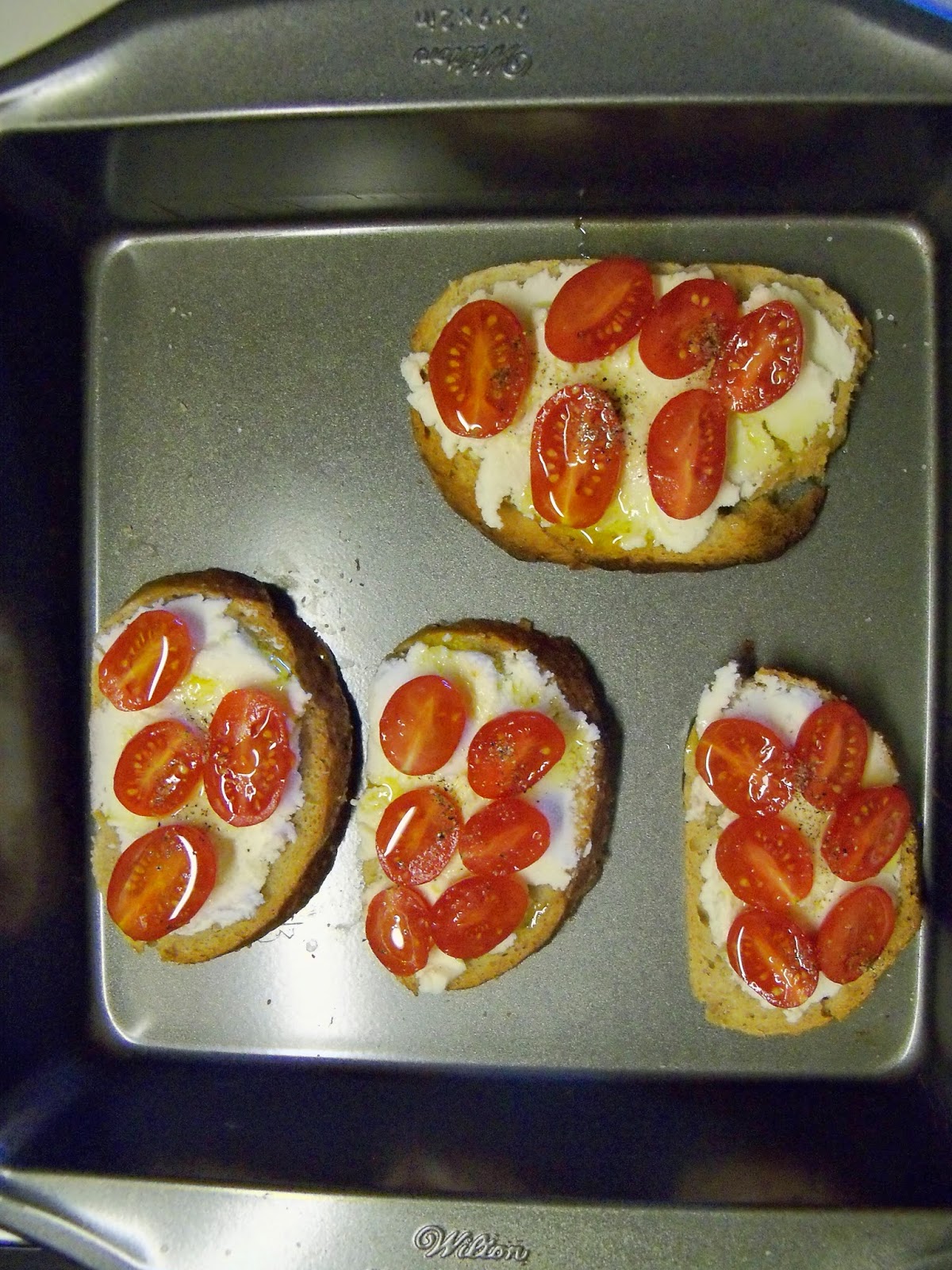 I finished these 2 books this week and I highly recommend them....excellent!  This was a memoir and true.......... 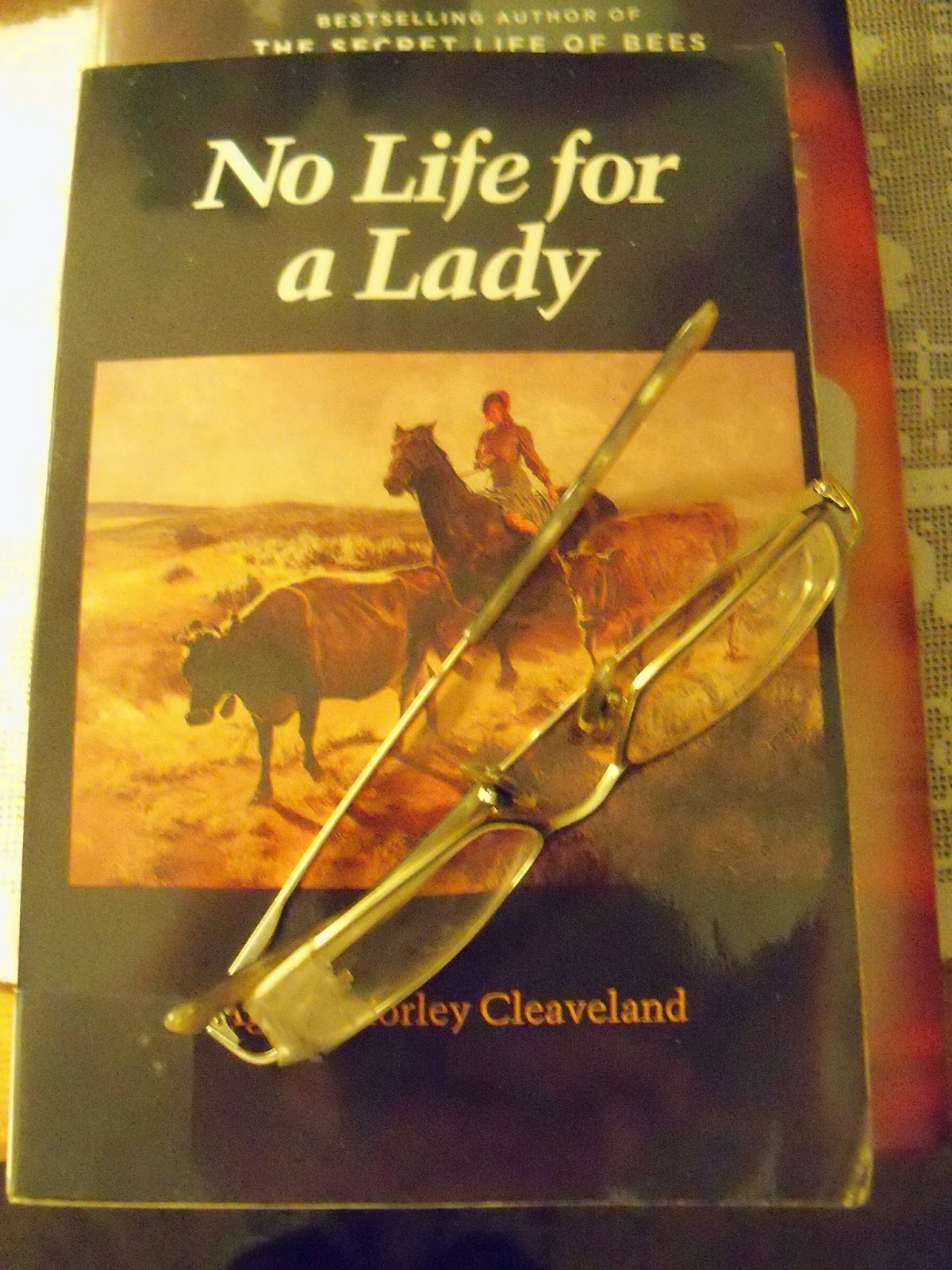 Agnes Morley Cleaveland is the author.  I put my glasses on top because the cover was curling up.  Sue Monk Kid's book was historical fiction. I don't know what kind of bird this is but he was singing his little heart out on a beautiful day here in the Ozarks. 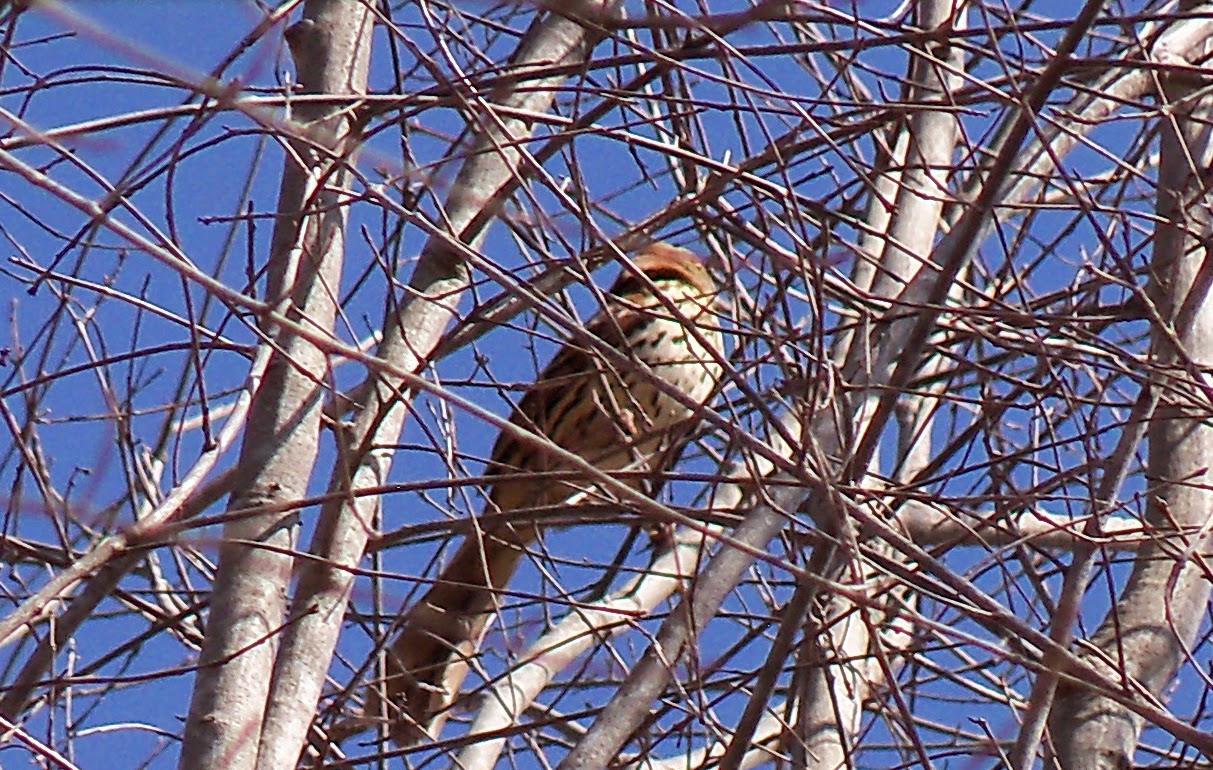 I managed to assuage my sweet tooth also as I made Swedish Browns; a recipe from a dear blogger up North, Far Side of Fifty.    Connie, these cookies are over the moon good!  Healthy too as they have a boatload of cinnamon in them.  I had everything to make them too without having to run to the store....love that!  Thank you for the recipe! 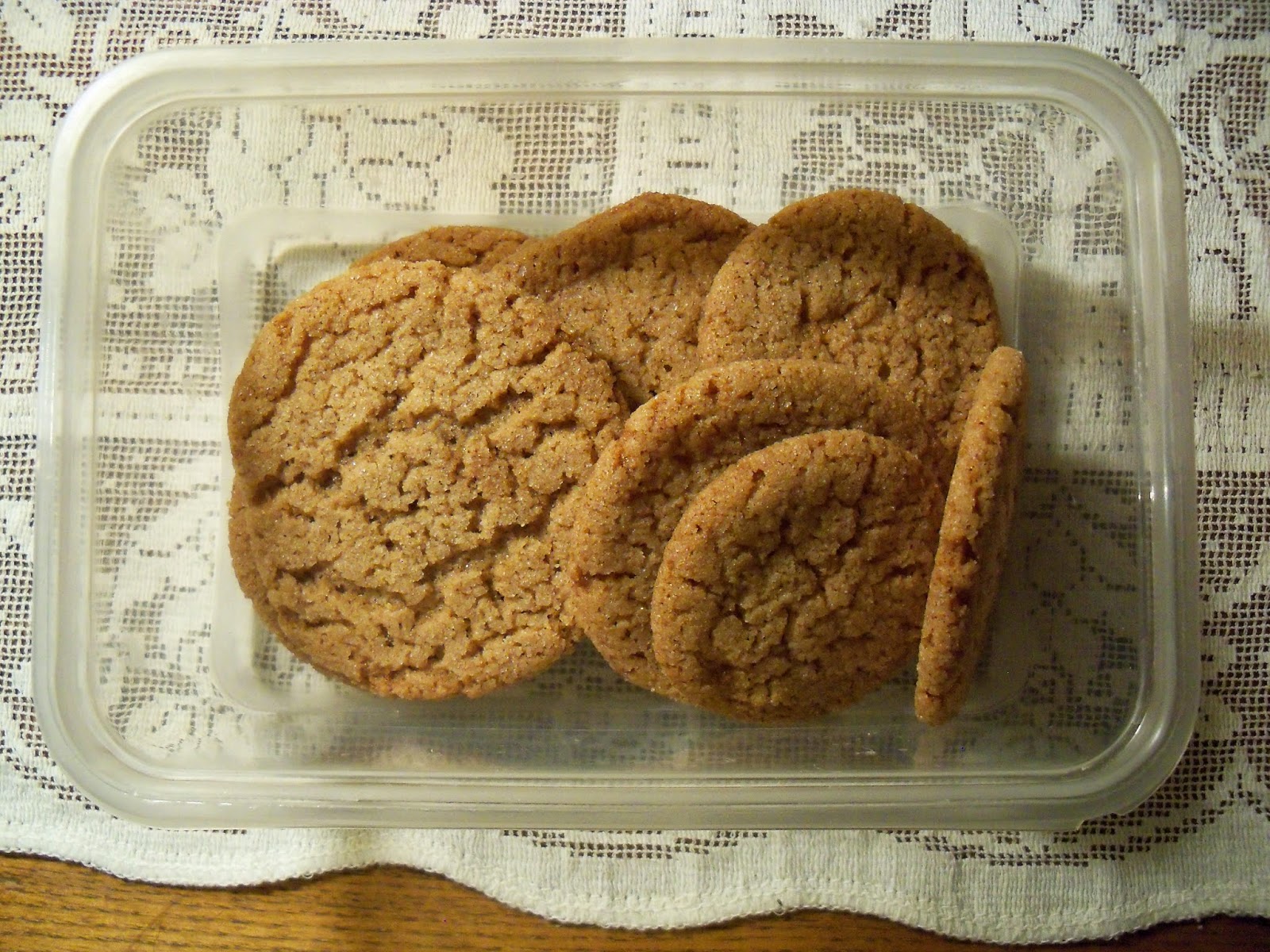 I think I've caught you up with this week so far.  Oh, Nitty had to go to the vet for an allergy shot even after my attempt to feed her really good natural foods and on top of that she had a yeast infection in her ears....I give up!  But other than that she's doing great....hopefully the cancer is bye bye forever.
Happy Trails!  I'll catch up with all of you this week.
Posted by Sam I Am...... at 3:01 PM 7 comments: Links to this post