I have been *B*U*S*Y*......how about you?  It seems I have to plan my life around weather and special ocassions.  I finally got the anniversary present(s) finished except for a maybe a sweet treat to include....a giant Hershey Kiss made out of the rice krispie treat recipe and a giant funnel...LOL!  We'll see if I get that accomplished.  But here's the other 2 gifts.........
It wasn't finished the other day when I showed it...hopefully it's recognizable now? 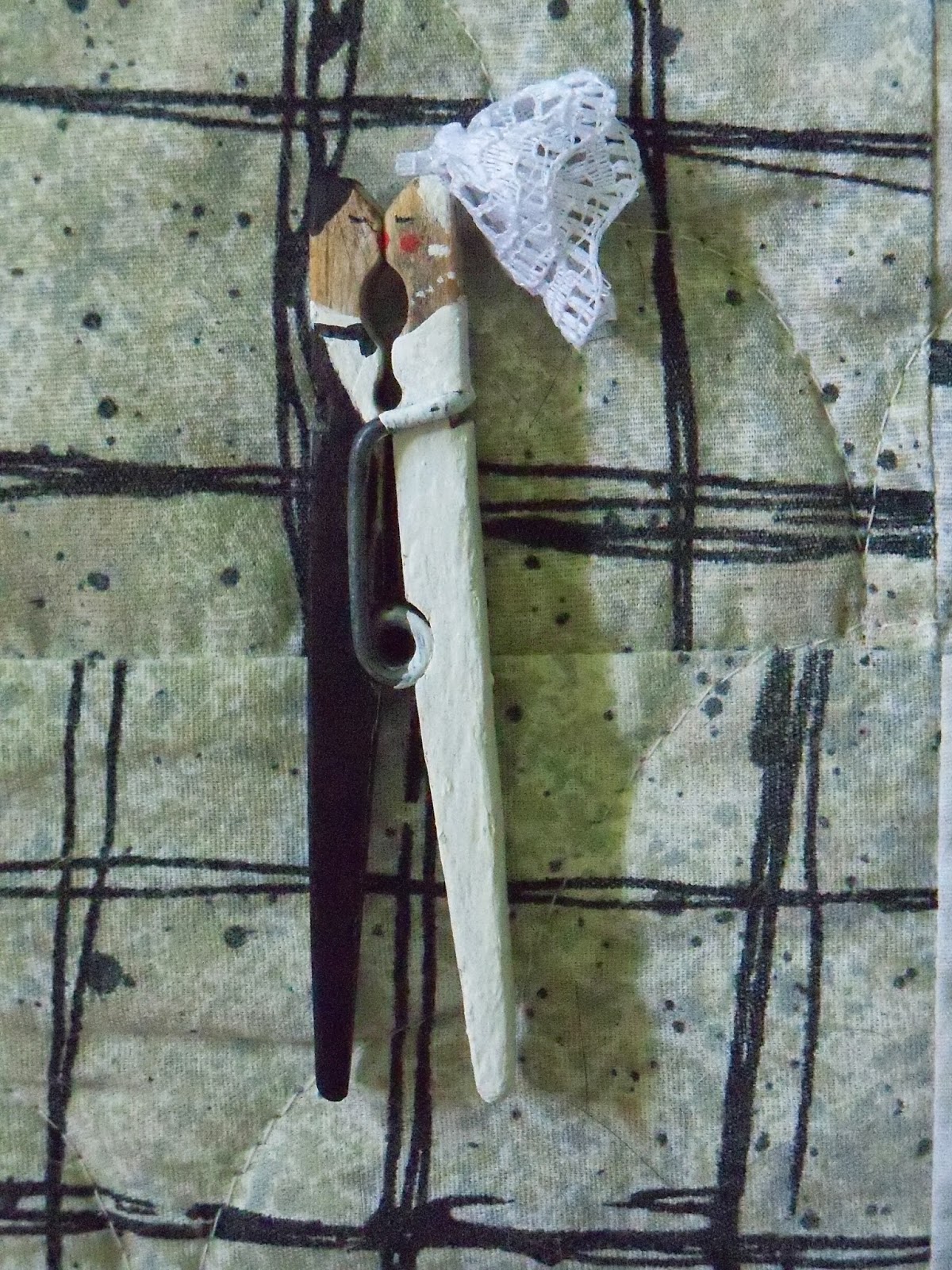 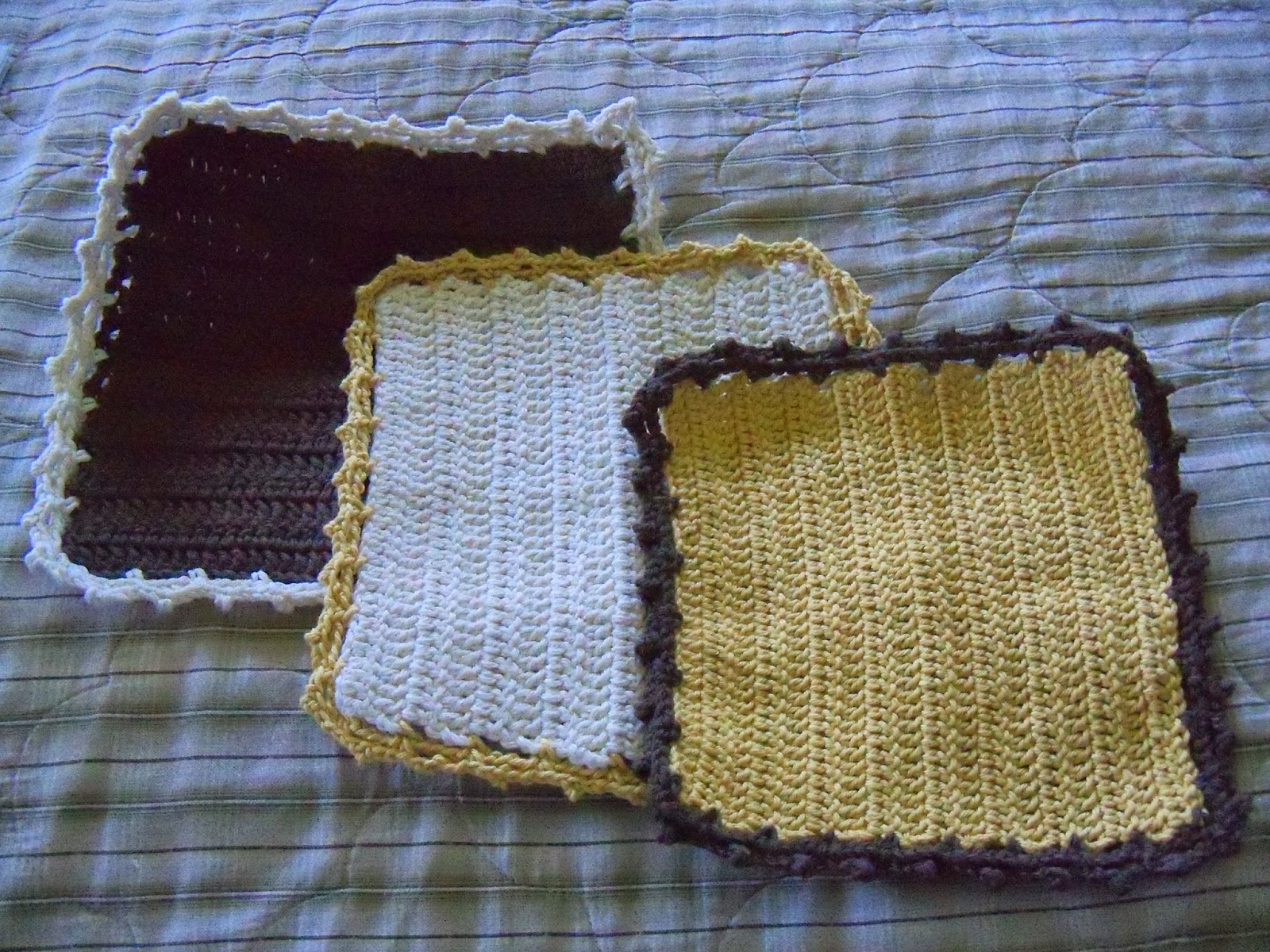 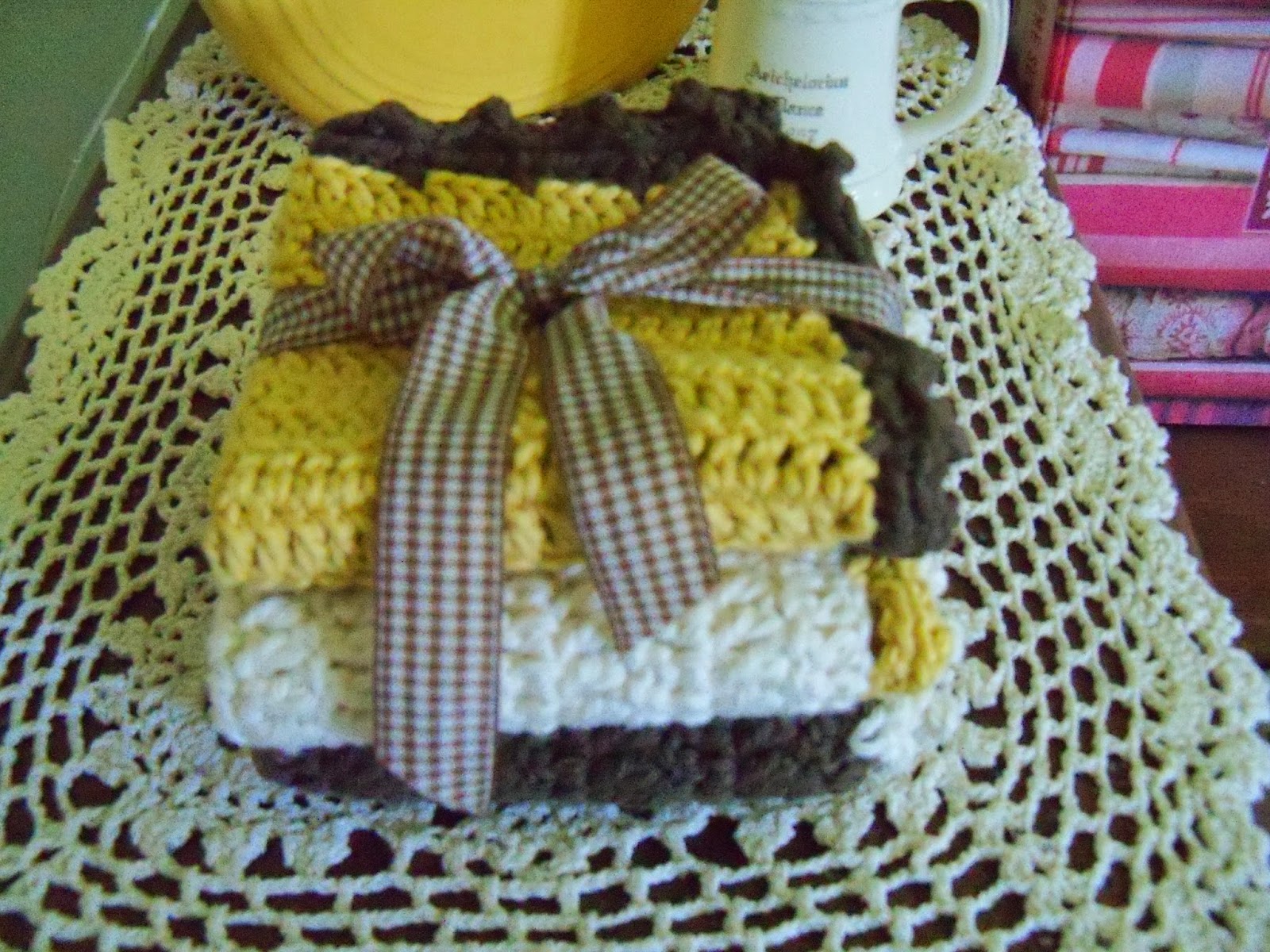 Yesterday I went to the bank and they had this magazine..........our town has it's own "glossy"...who would have thunk it?  I guess I have been living under a rock....this was the Spring edition.  I haven't read it yet but it was free so what the heck.  I wonder if my picture is in there? LOL! 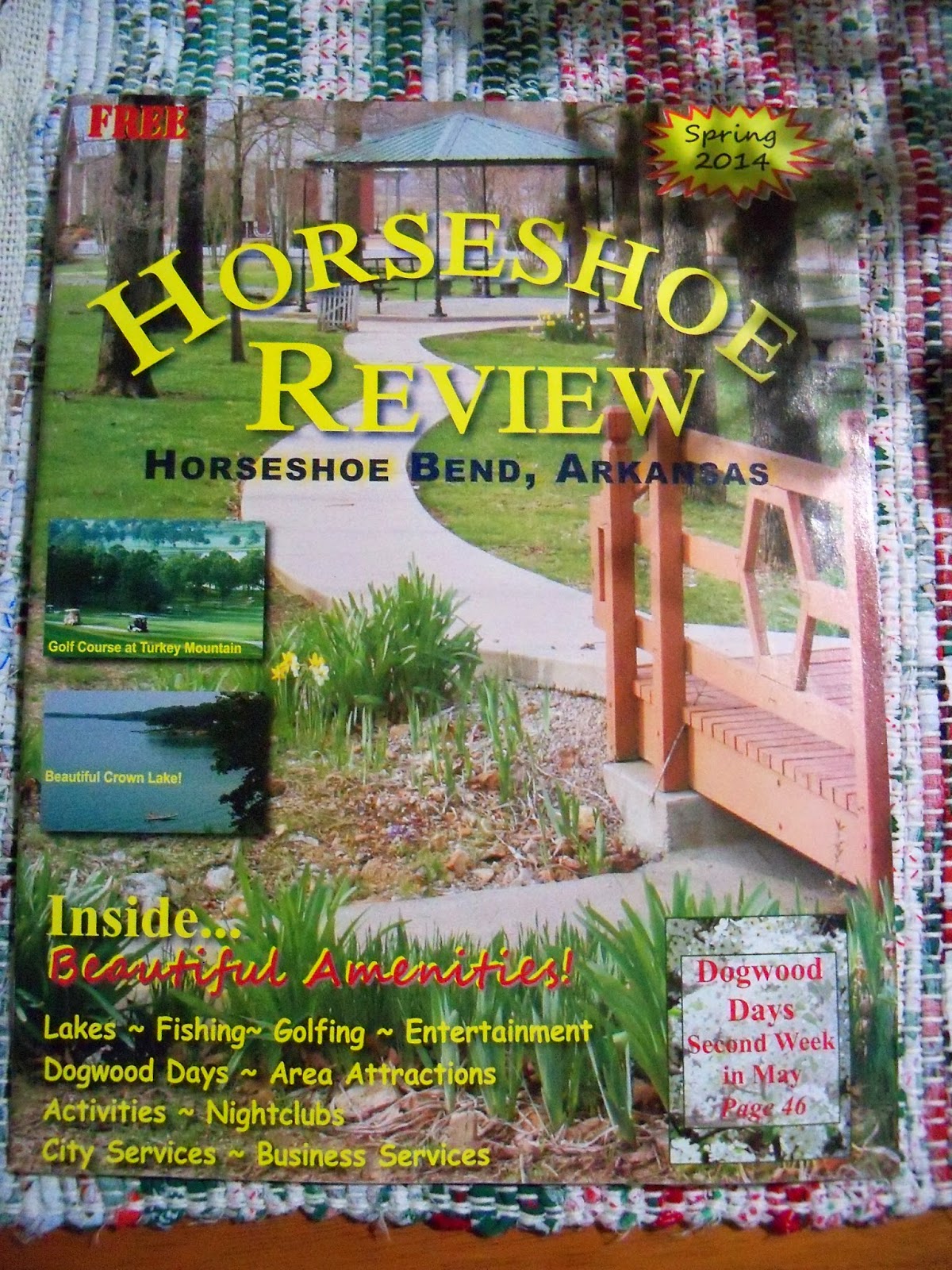 This little beauty greeted me on my front porch until Annie came up and scared it away.  I was lucky that the one picture I got turned out.  See the tail turned blue in the shade?  Gorgeous and beneficial little creatures. 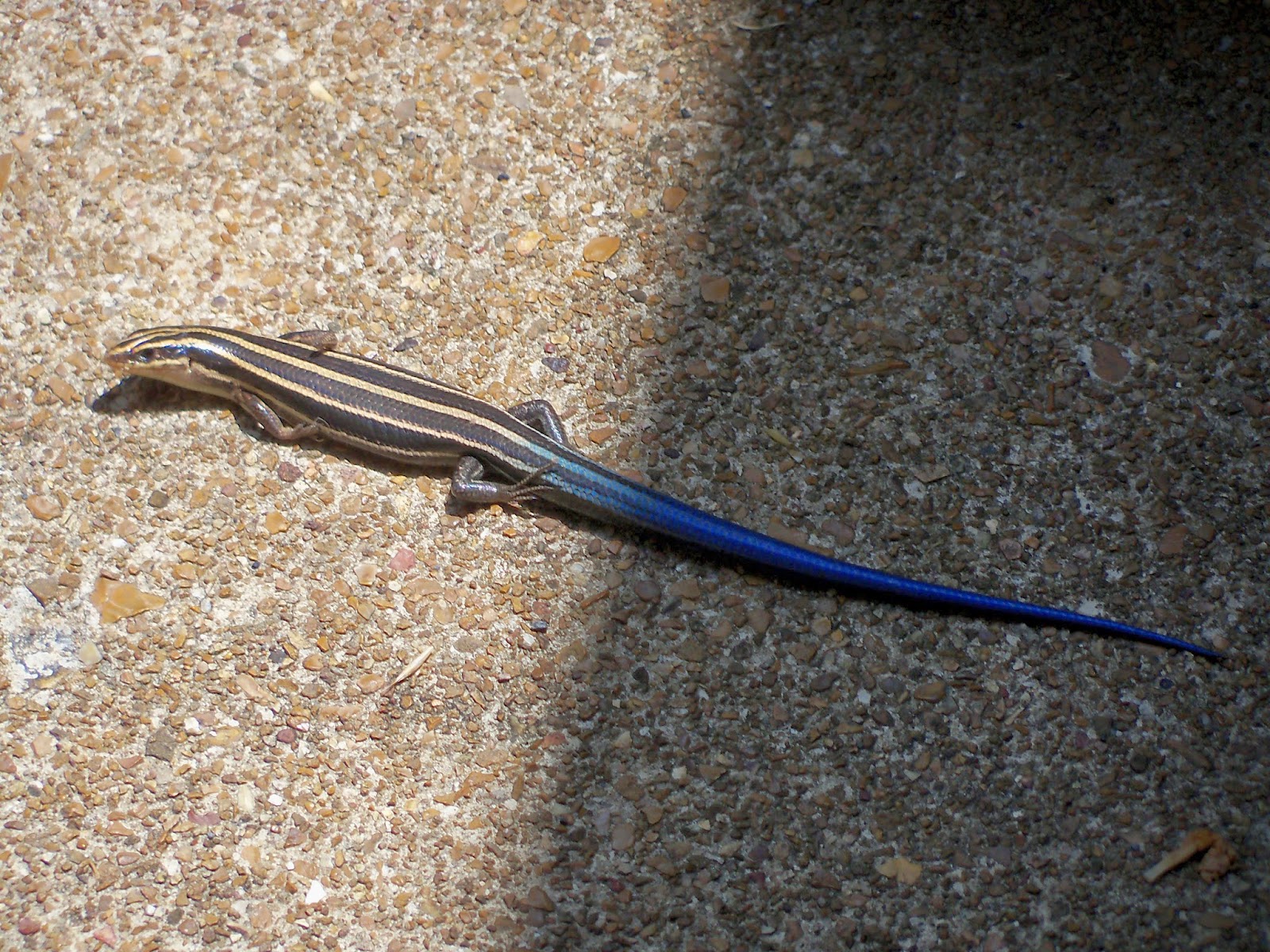 I got some placemats and some plastic bins as I am planning on organizing my refrigerator.  There was a pin on Pinterest that caught my eye and since I've got company coming in a few weeks I thought it would be a good time to clean and organize.  (Everything really but I know I won't have time for that!)  I took "before"  pictures that I will post with the "after" pictures. 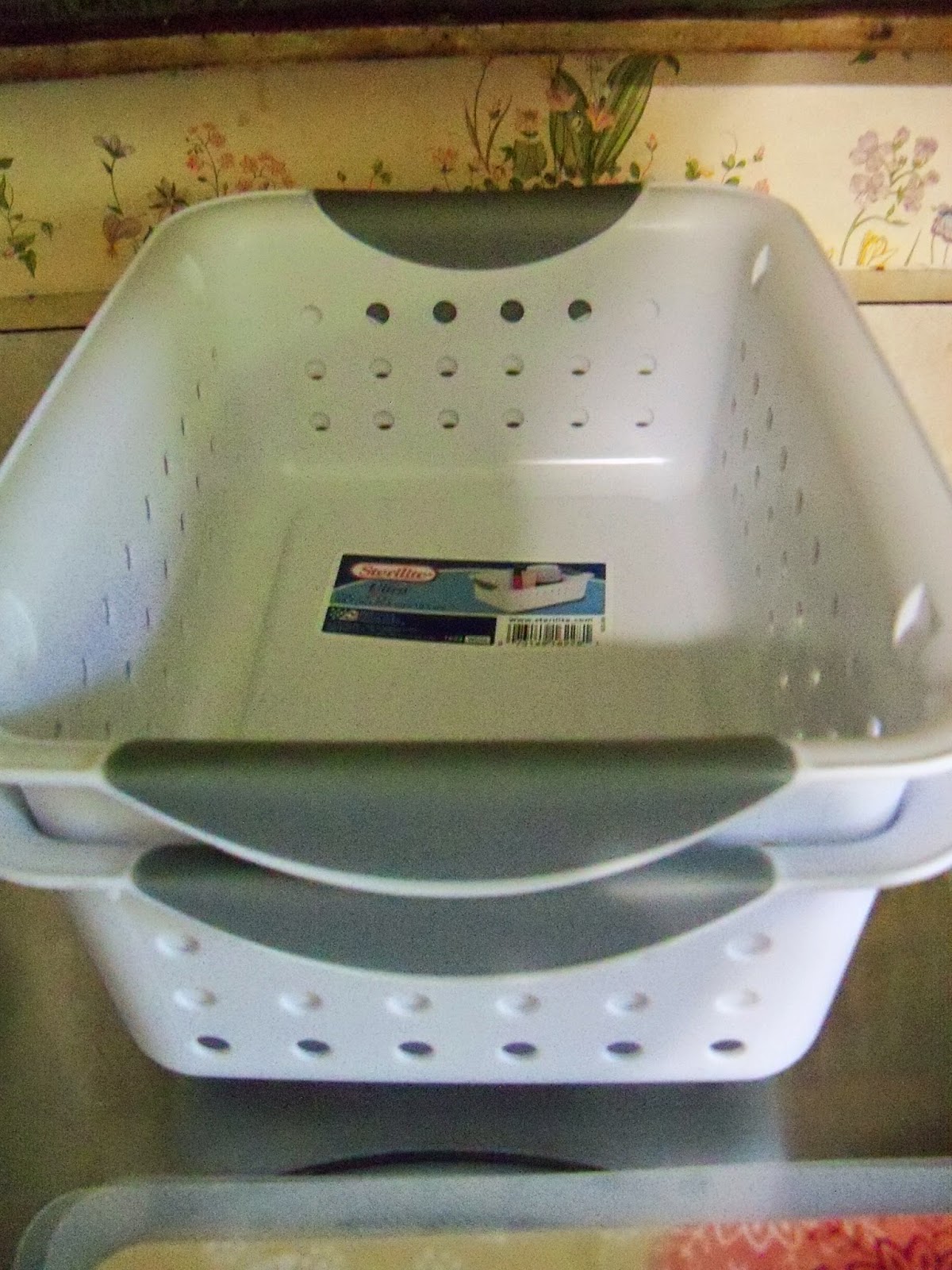 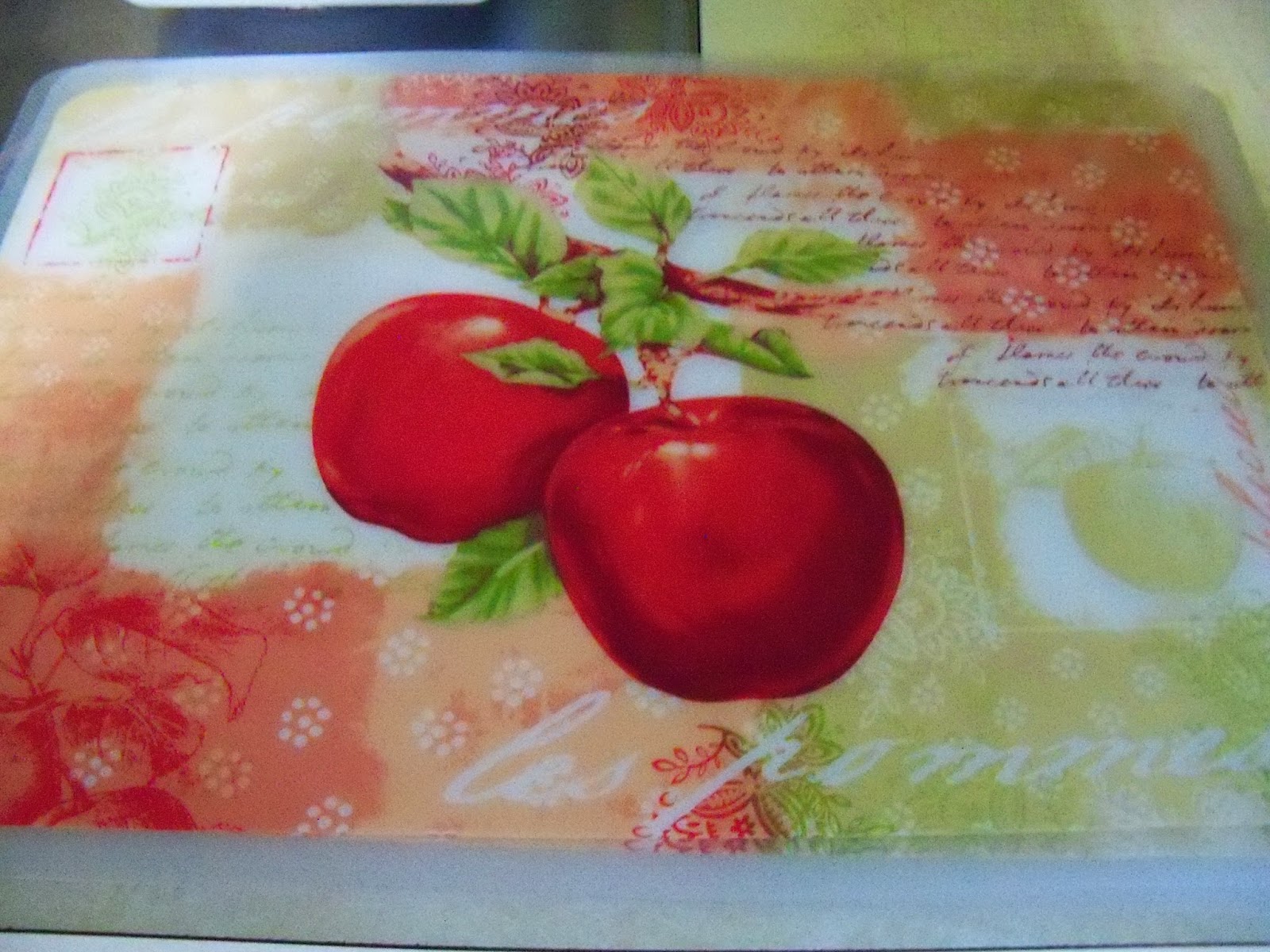 The "thrift" part of this post is making the presents and organizing my frig will help me keep attuned to what's in there thus wasting less food, hopefully.  I hope you are having a "thrifty Tuesday" yourself.
Happy Trails!

And what a week it's been!  For those of you who read my last post...Terminex has come and laid poison in boxes for the voles that the girls can't get into.  Also, the mouse came out the next day from under the bookcase and looked as tired and bedraggled as the rest of us.  Not sure if it was just exhausted or in the last throws of death but I was able to use a dustpan and get it outside.  I think he took a "wrong turn" and ended up in our house.  I'm sure he regrets that decision!  So, we've caught up on sleep and hopefully we're all recovered....including the mouse.
I spent a good portion of this week organizing my YOP lists for this year and past and what I noticed is....I had NO business even having a list this year! LOL!  I have so many WIP's and even projects that haven't been started from last year and the year before!  I need to be in some kind of a support group.  Oh, I am..... whew!  But what fun I had planning and organizing and not just online but I've got my yarns separated now and pretty organized.  I also made 3 notebooks for each YOP year with a list of that year's projects in the front and the patterns from that year.  I printed off patterns for this year until I ran out of printer paper and they're in plastic sleeves in the notebook for this year.  I have what's beginning to look like a "stash" yet I still need yarn for my projects....hmmm?
Needless to say, between the organizing, the rodent adventure, no printer paper and a lack of appropriate yarn,  I didn't exactly set my projects afire but I do have an FO!  Just a small one and a look at the projects I'll be starting as soon as my ship yarn comes in.
I started out making a set of 3 dishcloths for my son who just bought his first house, as a housewarming present for him.  It was fine until I added the picot edging and that made it a little bit "fussy" so I decided my daughter would like them and she has a birthday coming up the 21st. 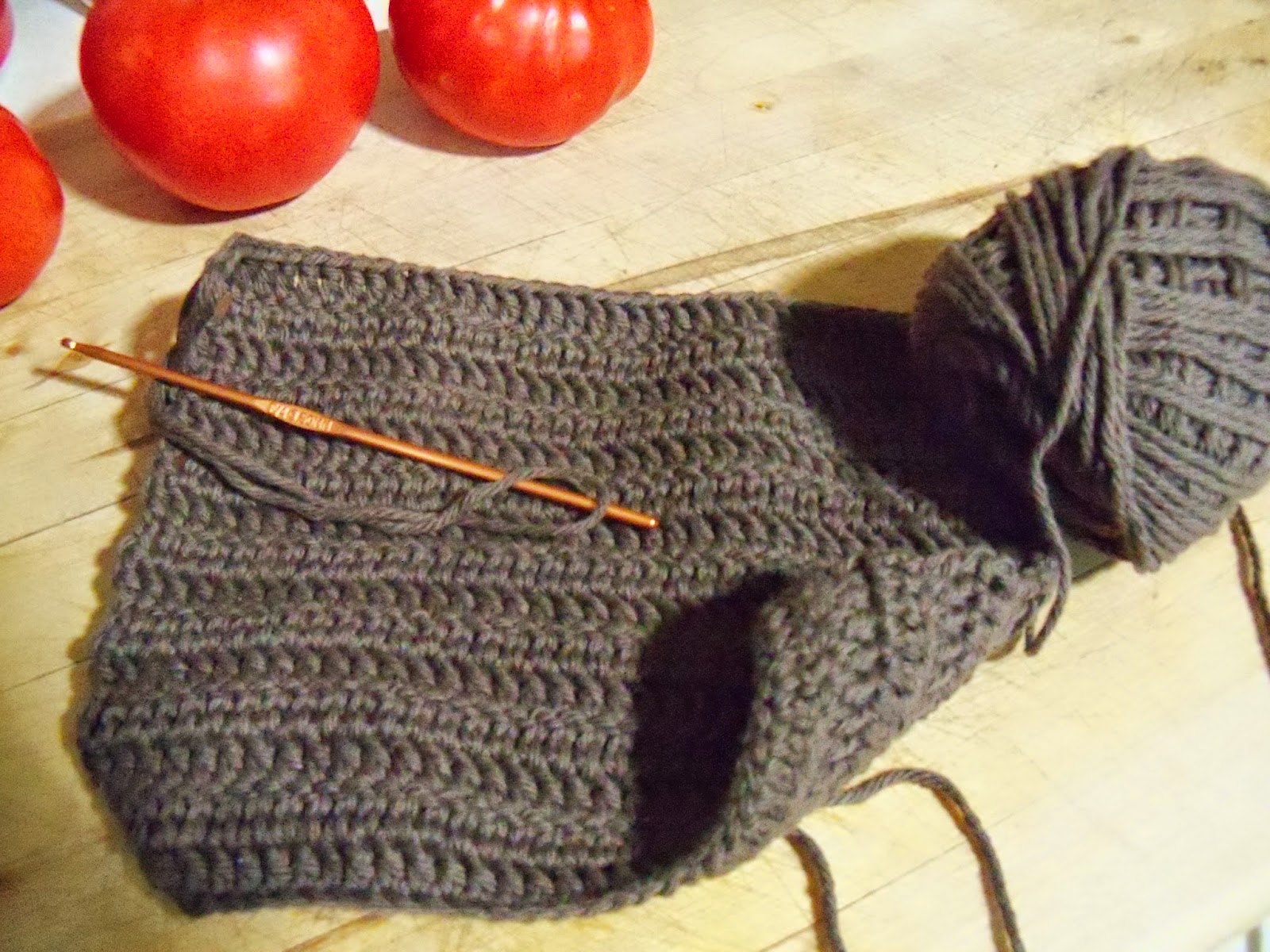 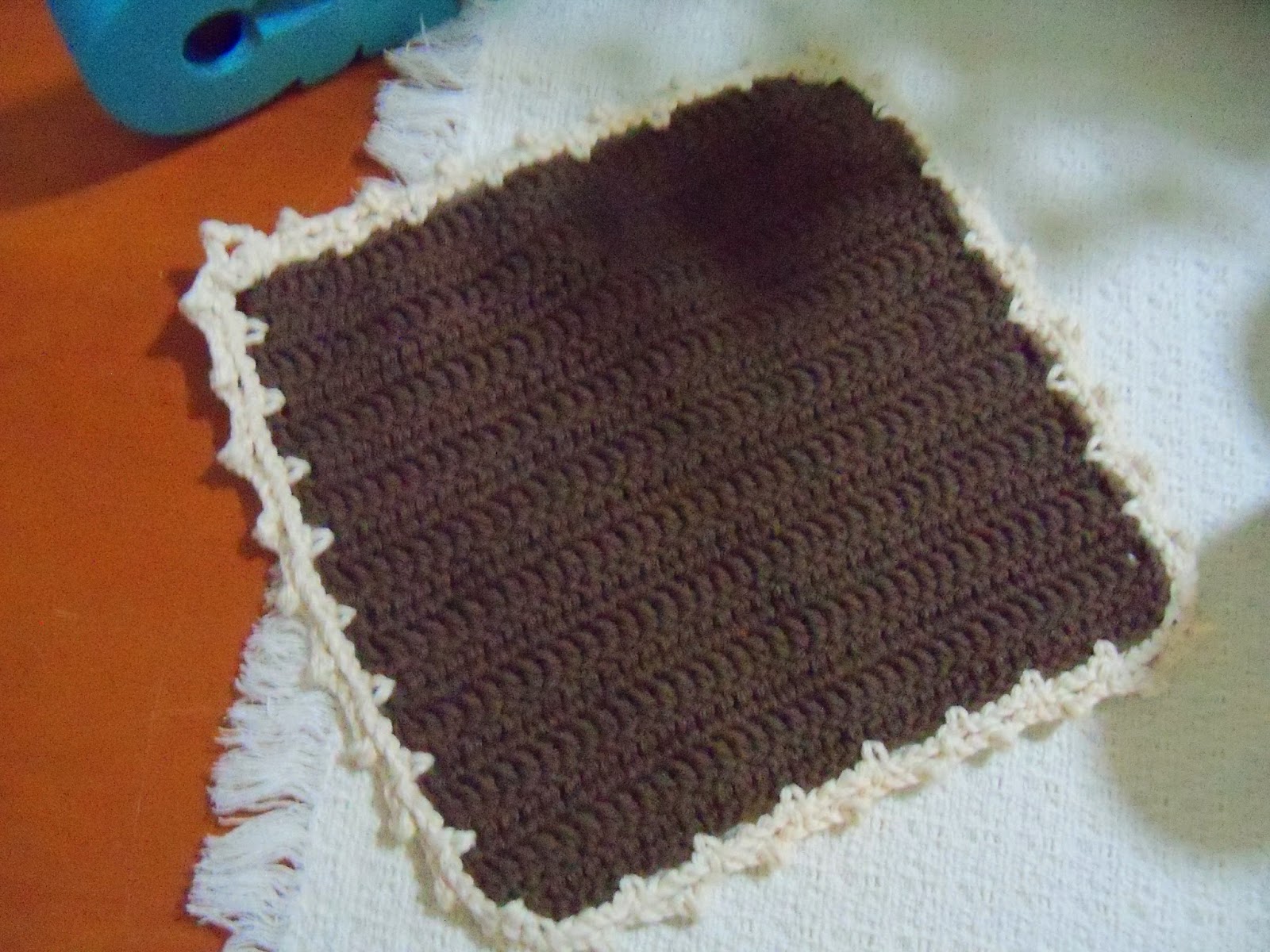 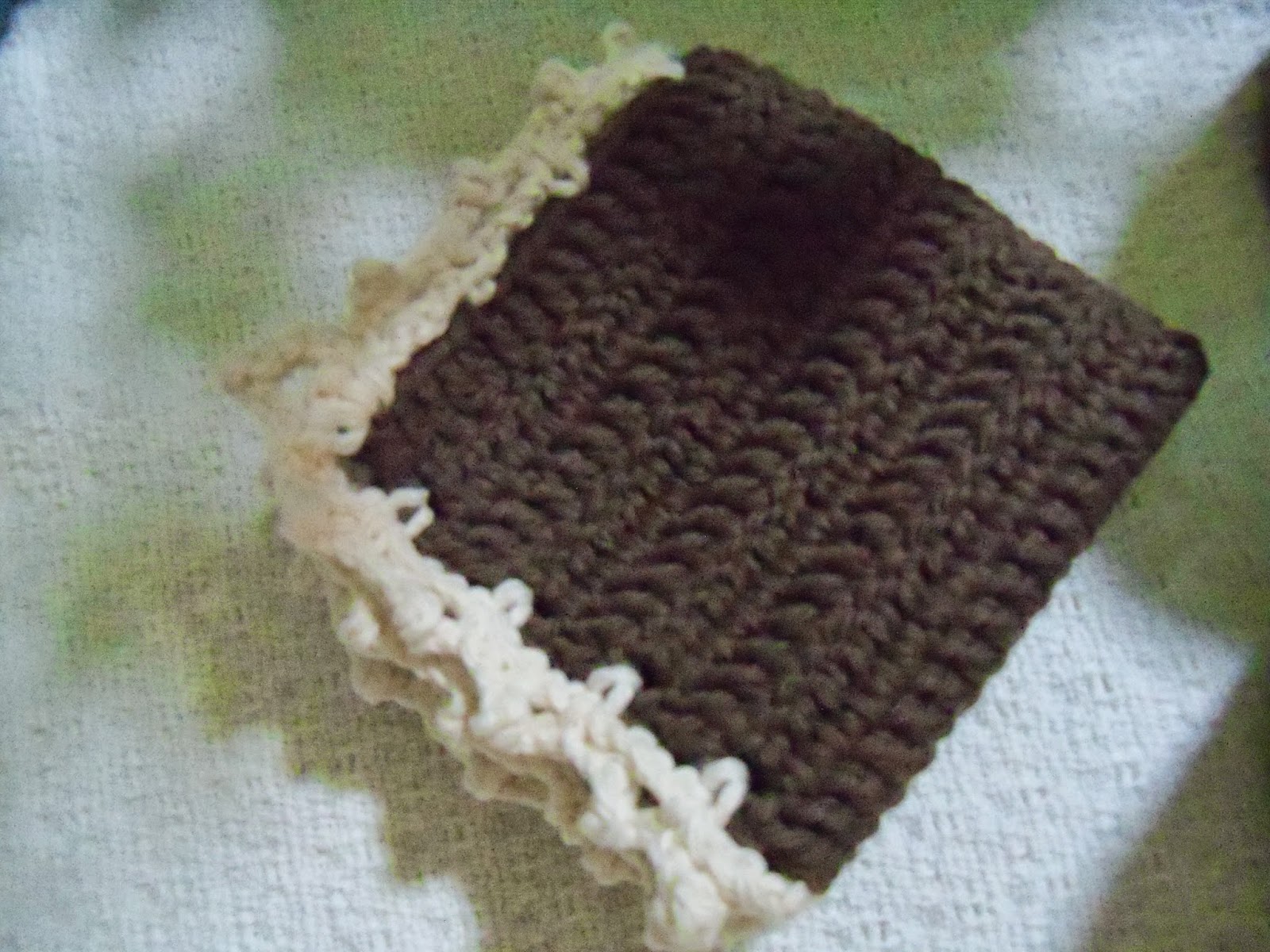 so I'm on to the second one for my daughter with different but coordinating colors..hopefully 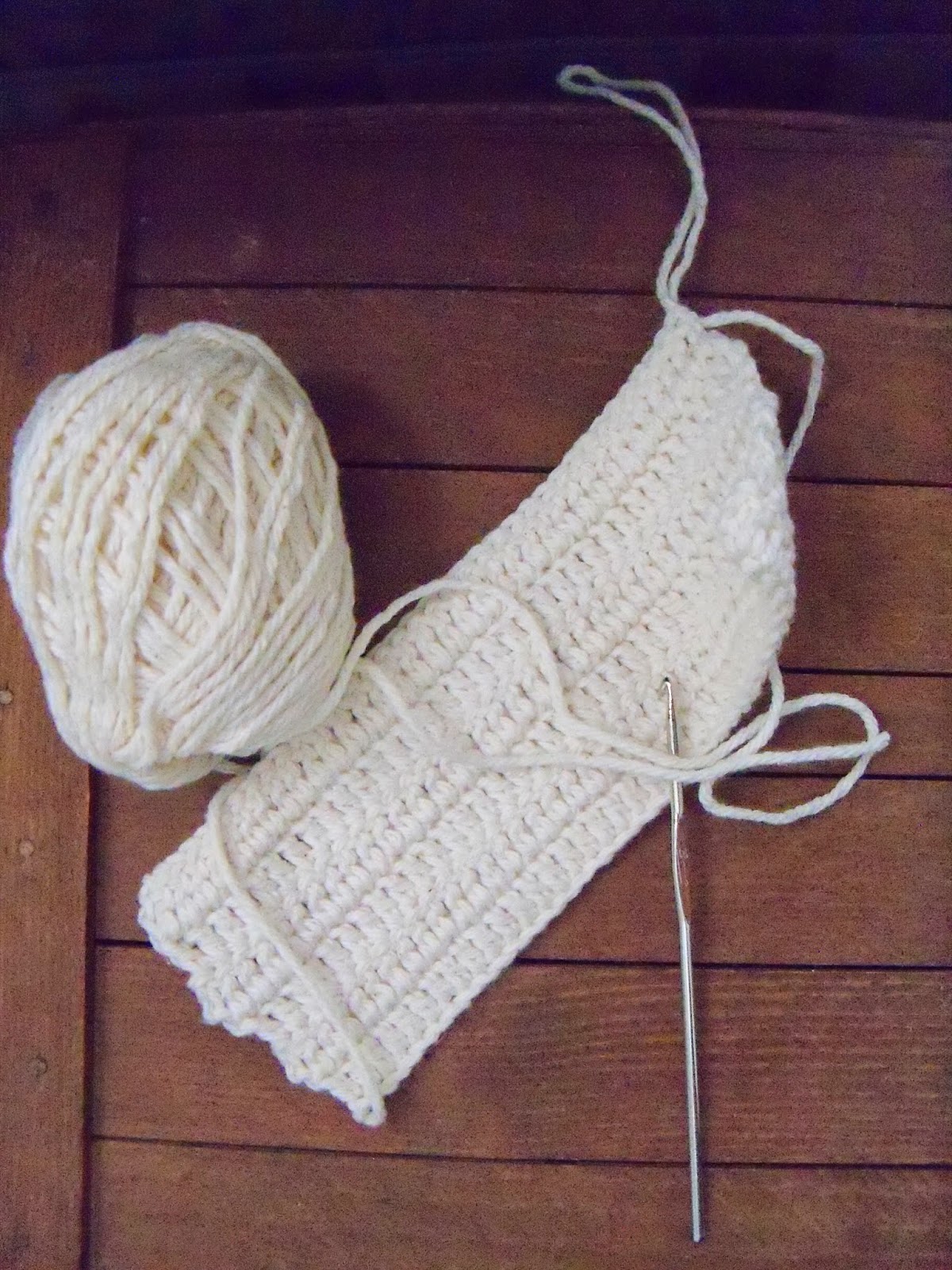 Meanwhile I found this pattern for my son which I think he will like and I found some really nice Berroco yarn I'll be ordering today.  I'm also finishing up the little "orny" I'm making for my daughter and SIL for their anniversary......I saw this on Pinterest.......... 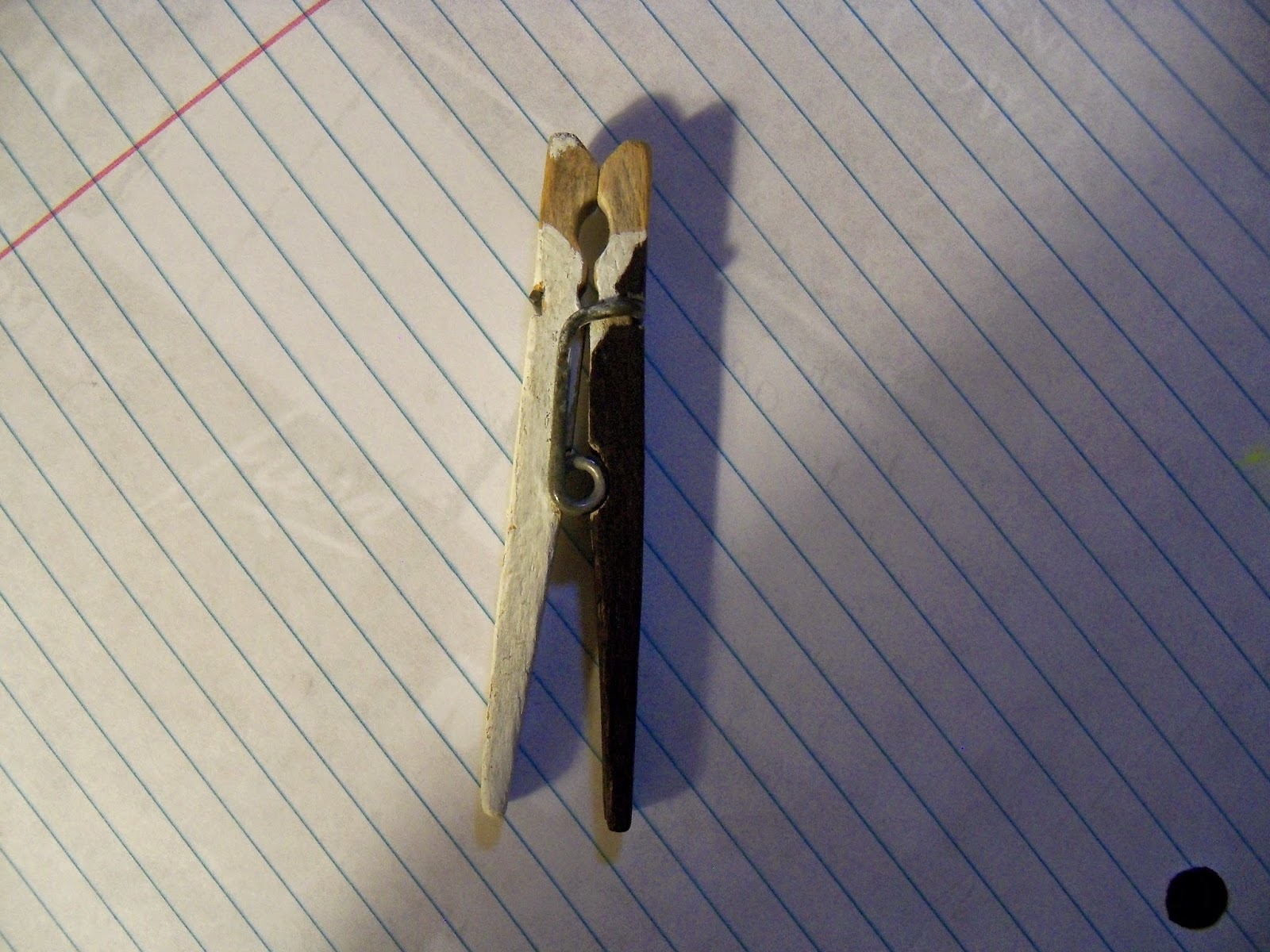 This afternoon I am hoping to whip up this little brooch for my daughter for her other birthday gift.
My next cast on as soon as the yarns come in are for my little Millie.....for me............Millie is the one in the middle. Another Preemie  hat, the sweater for a KAL I just joined and will get my yarn for that this week hopefully and if there's any money left (in my dreams...lol) I will be casting on this beauty.
I also actually worked on sewing up my old WIP chair pad too which really helped me rid myself of guilt for starting new projects.  Ha! Ha! I can't wait to see everyone's projects/progress this past week.
Happy Trails!