What have I been up to?....Good question!

I don't know where the time goes but it does....I have been getting a few mundane cleaning projects done around here but nothing I can really brag about...lol!  But this I can.........I finished my first sock of 2 of my Hermione's Everyday Socks..........finally!  I have also started the 2nd sock and I have 6 of the 20  rounds of the cuff done.  I only have 10 days left to finish and enter into the Harry Potter drawing at Inside #23 group on Ravelry.....think I'll make it?  I don't know....it's a long leg and I have big feet! LOL! 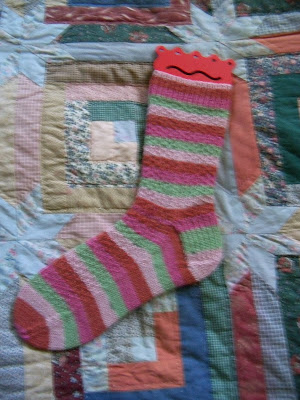 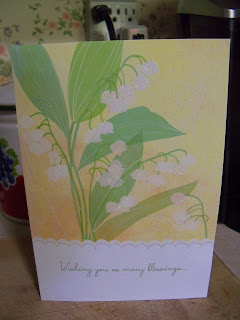 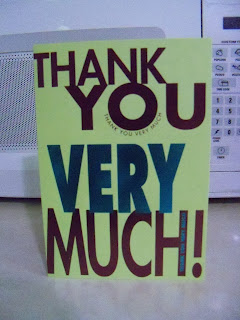 It's so nice to get things in the mail besides bills!  I also got some other 'treasures'...........my paint by
number set arrived and it's HUGE..............but I love it....I'll have to hide away in one of the bedrooms to paint as Miss Peeps is hell bent on destruction around here, Annie can't seem to stop making messes in the house and Nitty is shedding like there's no tomorrow even though I brush her outside every day.  There is a lot of detail in this painting so now I'm wondering if maybe the cross stitch would have been quicker! LOL!  It's from an original painting by Paul Swan called "Winter's Hush' and I just love it..... 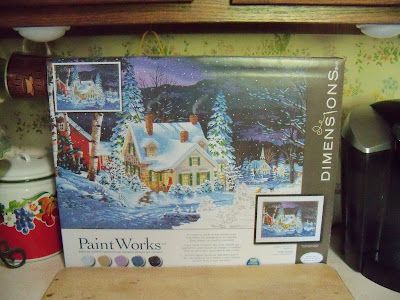 I also received my yarn for the Hotel of Bees shawl CAL...........it's seems like very nice yarn and it wasn't very expensive.   It's from Turkey and I found it on Annie's website.  I had seen the painting on Amazon for $20.00 and on Annie's it was only $10.00!  But she made up for it on the shipping so I guess you just can't win but still it was good deals on the yarn and the painting kit.  Have any of you used Annie's before?  I was pleasantly surprised at the quality. 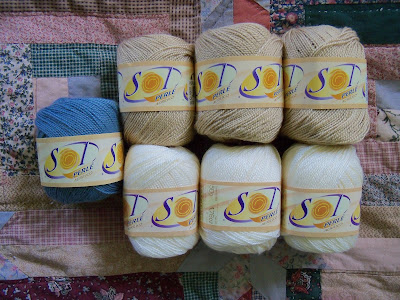 My printer has officially died and of course, after I had just gotten all my ink for it.  But thank goodness I am able to access the patterns for several MALs and CALs and KALs on Ravelry through my tablet!  PTL! 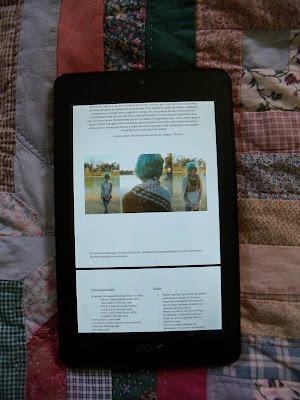 I will be ordering a new printer this week and it will be a Canon as this one has lasted me the longest of any printer I've ever had and it worked great right up until 'the end'.  I didn't post about books this week as I'm still reading the same ones but I am watching Sweet Sparrow podcasts and a series about surviving in Alaska on Netflix.  I watched a good movie that Connie of Far Side of Fifty recommended on Netflix called The Great Gilly Hopkins...now, I'm trying to decide between Lemony Snicketts and The Crown....any suggestions?  I like mild, good stories with no violence, sex, or swearing (much)....that eliminates probably 95% of films! LOL!  I hope you're having a great week and I will be back!  Right now I'm off to make that Lemon Meringue Pie that I was going to make for Easter! LOL!  I told you I was slow!
Happy Trails! 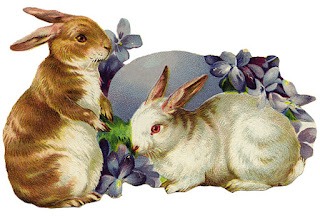 I did a little bit of everything today...weeded some outside before the storm came through then cleaned up the kitchen and got to work on my Easter feast.  There were a few calls so I am a little late with dinner but it is on it's way and the work is done so I can kick back and enjoy the rest of my day.
I tried some natural dyeing of eggs until I realized all my eggs were brown ones except 2! LOL!
But I had some beet juice left from some beets so I tried that.......the eggs on the left are not dyed but the 2 on the right are....not bad.  I didn't have any blueberries nor would I waste them on coloring eggs! LOL!  You can also use red onion skins and yellow onion skins and spinach but I had a meal to cook so this was good enough for me...maybe next year.  We had a nice storm and it came down REALLY hard for awhile so it was a good test of the roof and so far so good!  Hallelujah! 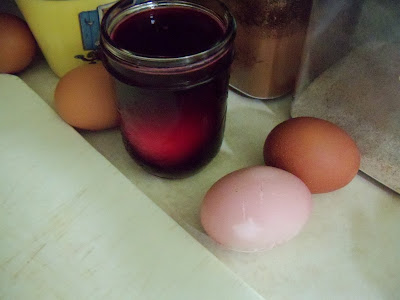 My dinner this evening will be broccoli and corn casserole............(not cooked yet) 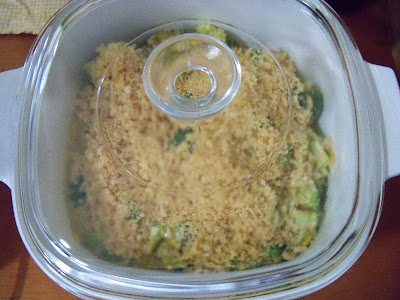 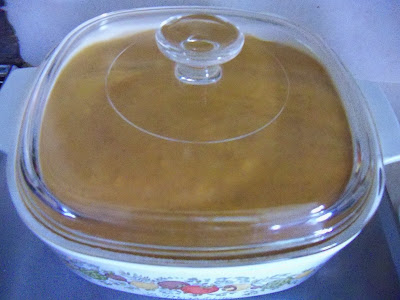 and a luscious spiral cut smoked ham to which I am basting with a peach mustard glaze...........it is a Petit Jean ham from here in Arkansas and they are famous for their smoked meats.....my mouth is watering!  I always cook a big one as I use leftover ham is so many dishes. 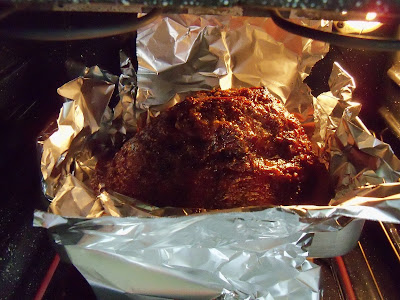 I was going to make a lemon meringue pie (my favorite) but I think I will be full enough so maybe tomorrow I'll make the pie.  I wish you were all here to share it with me.....the best blogging friends a gal could have!  I have so much to be grateful for and my blessings are many so Glory be to God or whoever you pray to and "may your cup runneth over"!
Happy Trails!