Books, Cleaning and Organizing and Decorating...all is one post! LOL!

Yes, I missed Monday Book Date as I didn't think I had much to show but I will...........I finally finished The Memory Keeper's Daughter and the second half of the book seemed to go much faster.  I think sometimes when you read in 'fits and starts' that it takes away from the story line and for the last half of the book I actually sat down in the afternoon and read for a good solid hour at least instead of my usual 15 minutes with me nodding off to sleep in the evening.  I truly enjoyed this book and I would recommend it...4 stars for sure and although sad, the writing and the characters became very real....almost like it wasn't fiction...I wonder how close the author is to a situation like that as her knowledge and story were wonderful.  There is sadness but there is also much joy.  When fiction becomes as real to me as non-fiction...I call that a good book! 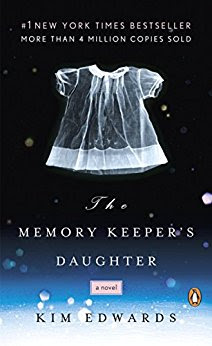 For my new fiction book.....I chose a book I had already owned for awhile..............yes, I used to buy "Oprah's Picks' until I noticed a common thread of abuse running through all the books she picked for her book club.  This one is very good but that's because I love history and although it is fiction....it is historical fiction and based on the author's real family history.  "LALITA TADEMY is a former vice-president of Sun Microsystems who left the corporate world to immerse herself in tracing her family's history and writing her first book, CANE RIVER."  There are even photograph's and documents from her family's history as slaves.....very interesting...what a strong courageous family she came from.  I don't think this one will take long to get through! 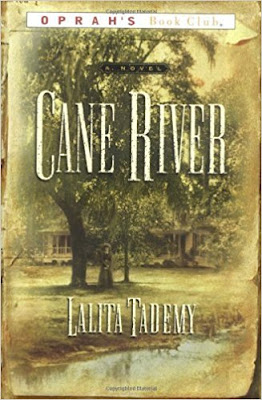 Still reading this one in which each chapter is a different story so it's not like I can't put it down...I'm almost done with it but it is a nice book to pick  up at the end of the day....really enjoyable! 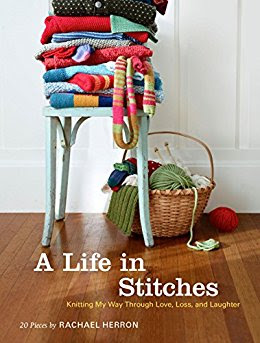 As for watching...........I caught up with Maker's Haven and Brooklyn Knitfolk podcasts and I also started watching a new podcast by Crochet Cupcake which is a mother and daughter team from Puerto Rico and now I am concerned about them and their entire island of course.  It was very strange that I started watching their podcast at that particular time.  They even mentioned that they had just survived Irma but that Maria was coming.  I pray for all of them and hopefully they are alright and will be back soon podcasting!  I watched the Doctor Thorne series on Amazon based on a book by Anthony Trollope and produced by Julian Fellows of Downton Abbey fame.  It was 4 episodes and very good! Now, I want to read all of Anthony Trollope and there is plenty out there and they are mostly all FREE on the Kindle app!!!  I downloaded several.  Terra of Terra's Garden (on my sidebar) has been praising his books for a long time now and I did have him on my book list...but he just got promoted to the top of the list!  Usually the book is even better!  Now I'm watching another great series.....Cranford also on amazon Prime video but these were both on PBS too.
(Bible reading.........I'm on Chapter 3 - Leviticus)

This was the big 'mama jamma" folks!  The twice yearly garbage pickup of practically anything and everything and I scored big time on cleaning and organizing...take a look at this!  My garage is practically empty....okay, maybe not empty....I still have that back wall to clean and clear but it looks a sight better and I did a happy dance when I saw them come and take every bit of it away!  Even those ugly blue garbage cans!  Yay!!!!! 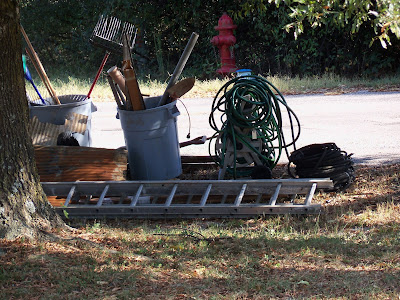 WEDNESDAY DECORATING:
Tuesday was also when I went to Mountain Home to the RA doctor (just for refills....you have to show up or they won't refill your meds).........so while I was in Mountain Home I stopped at Hobby Lobby and got a Fall mug for my Pumpkin Spice Latte's which I will be making as soon as things cool off down here.................... 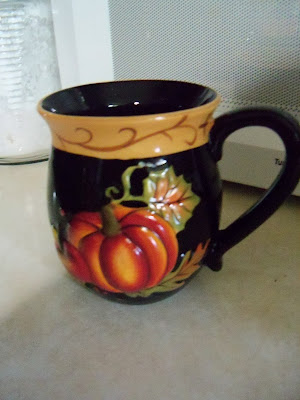 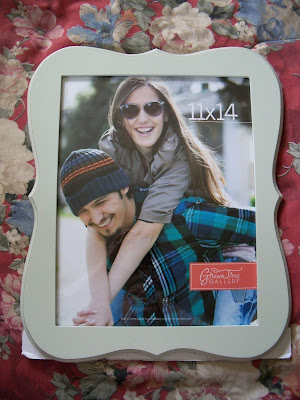 I also received the snowflake sequin/buttons in the mail that I bought on Etsy..............she sent me a little packet of smaller ones too.....so nice! 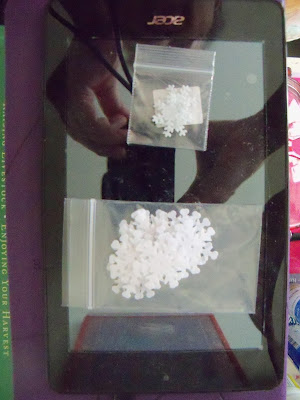 So there.............I think I'm caught up!  Today my new termite person is outside drilling holes in the foundation and doing a real termite protection job which Terminix never did!  He is very nice and has been at it all afternoon!  I'm so glad I switched companies. They are diligent, professional and less expensive too!  It rained here yesterday and this morning so I feel better now....it was getting pretty 'crispy' around here!
I hope your week is going well!  Happy Trails!!! 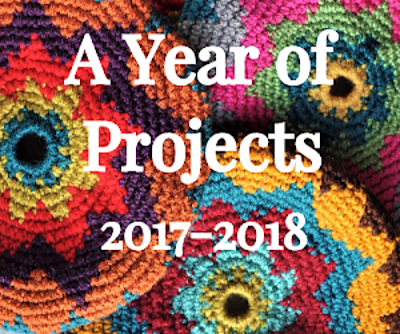 Moving right along.....with the same old projects but by next week you will probably see some new ones or old ones that I am finishing....lol!
I have a 'pretty much done' project...........my Frosted Pumpkin cross stitch! 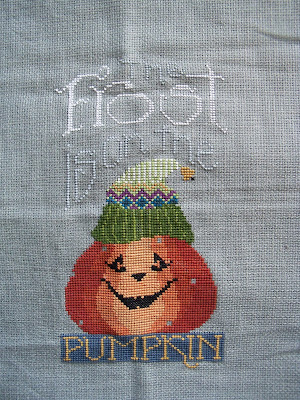 I also ordered the snowflake buttons that will really be the finishing touch....they should be here this week.  I think I should wash it and press it before I put the buttons on and also look for  a frame for it.  I think it will have a special place in my new alcove (used to be front closet).
I'm working away on the 2nd sock and I actually knitted in public while waiting for my neighbor at her doctor's office.  A woman came over and sat next to me and we had such a nice conversation about knitting and crochet. 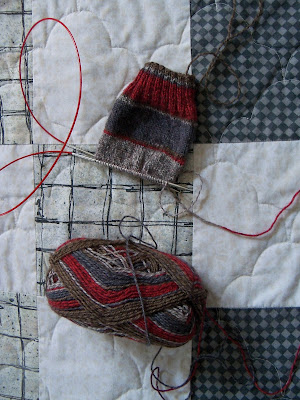 Yesterday I spent the day bonding with my new sewing machine and we are best buds now!  I cut and sewed the binding and sewed it on the quilt and now I am doing the hand stitching.  I need to work on my mitered corners and I made a 2 1/4 inch binding but I may use a 3" on the next one simply for the corner mitering.  I've also heard of a magic binding that I want to look into.  I think it's magic because there is no hand sewing but I could be wrong.  This is the part that I sewed last night......... 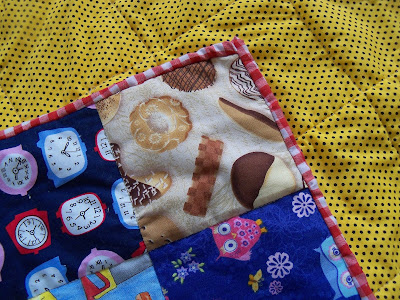 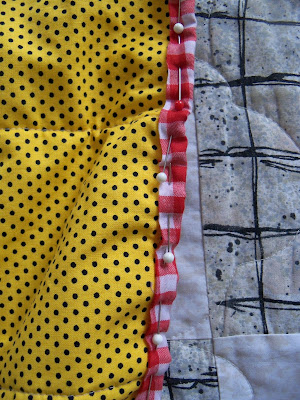 I have a busy week ahead.....another trip to Mountain Home, a trip to the Thrift Store to drop things off (my car is still loaded with it), Tuesday is our twice a year city garbage pickup where you can put anything out on the curb and they will take it......boy, do I have a lot to drag out there!  It's great to actually see progress in quite a few areas of my life right now.....I just hope it doesn't come to a dead stop when they take my steroids away!  I think the elderly should get free steroids for life!
Some new sites I visited this week that you might be interested in........
Timeless Reflections  (a sewing blog)
Madam Munch (a knitting blog but it is in Danish so you have to use Google translate)  If you like color work this blog is gorgeous!
Humble Quilts a quilting blog

I hope you had a great week and saw progress in your world too!  Happy Trails!!!