I don't have a lot to show for myself...same scarf although I'm thinking I will have it wrapped up next week. Grace is thinking..."aren't you done with that thing YET???  She's so good.  She never touches my yarns but I know she wants to. 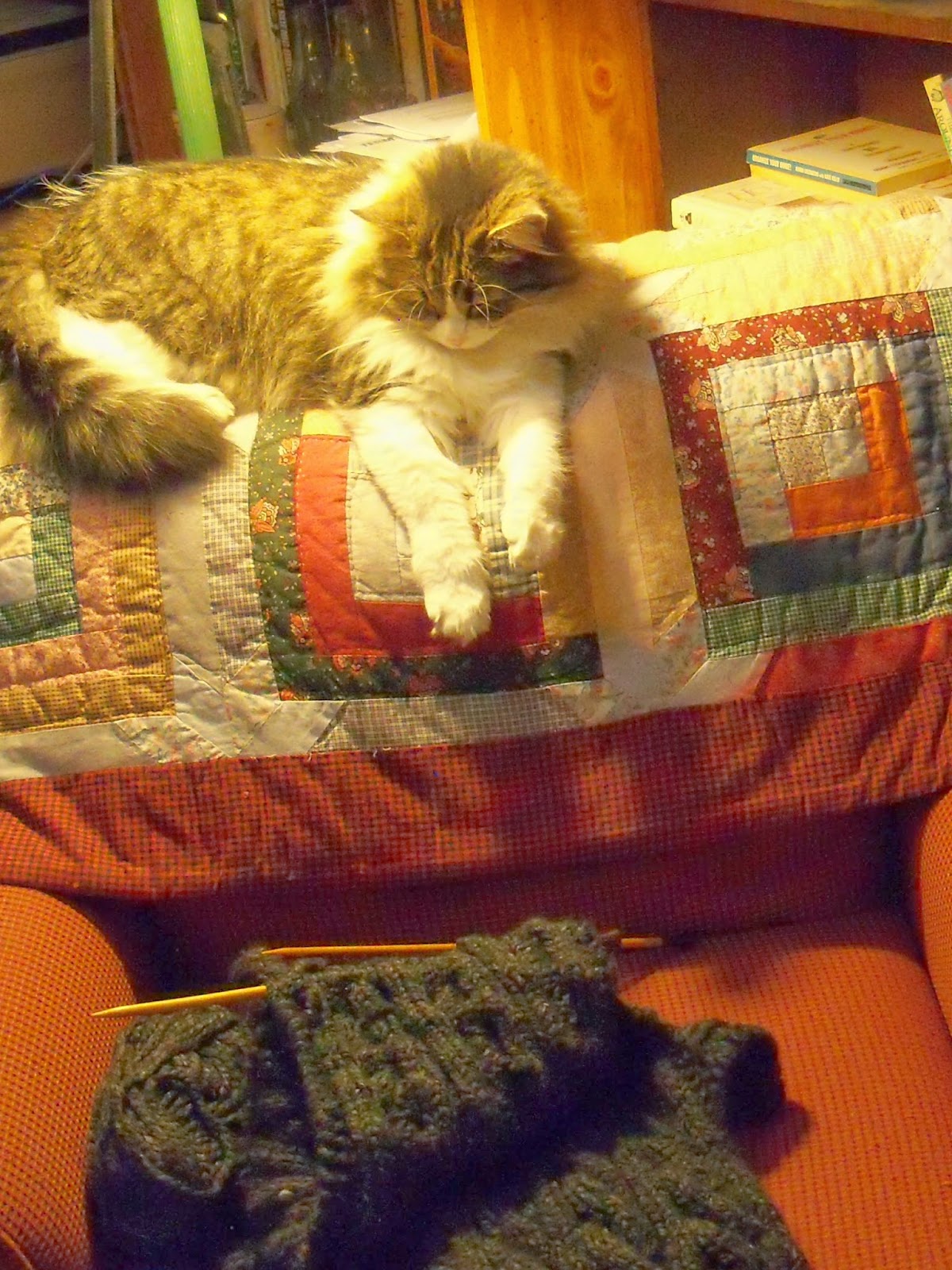 Spring is arriving slowly in the Ozarks.  I bought 4 bulbs at Wally World the other day for .98 each.  A yellow and red tulip which aren't blooming yet and a grape hyacinth and this daffodil. 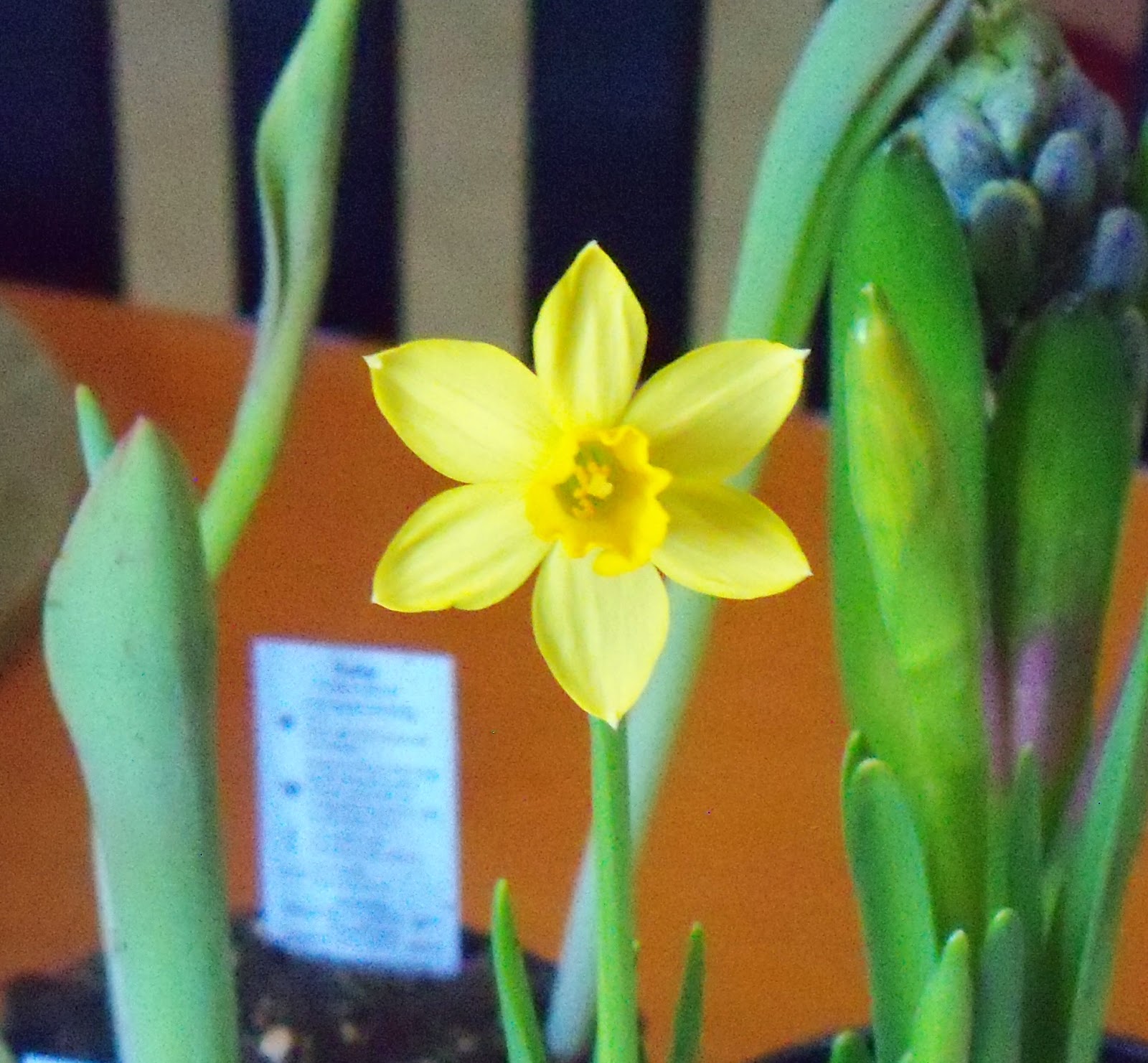 The hyacinth perfumes the whole house!  It smells so Spring! 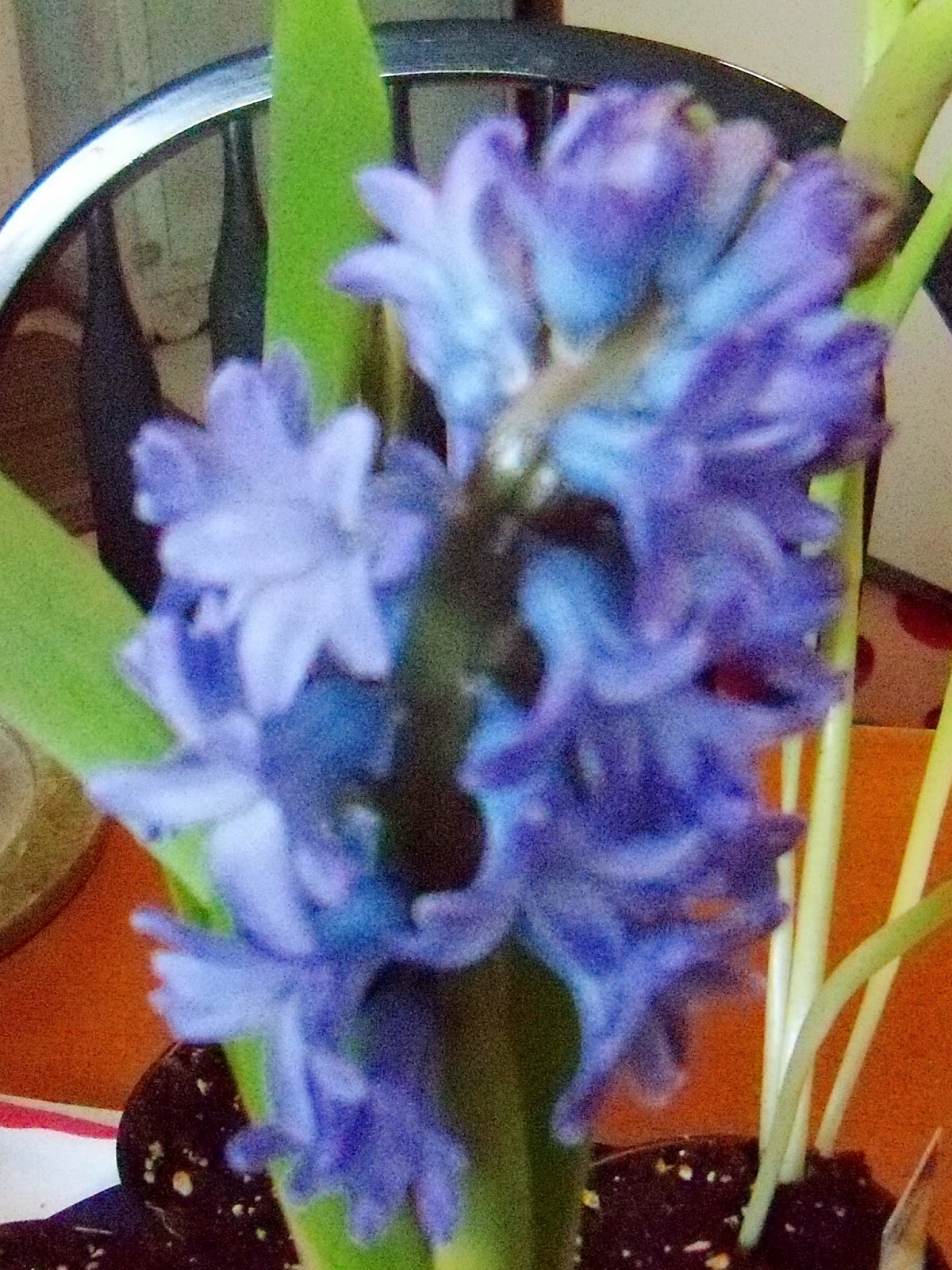 I went rogue and started something that was planned for next years YOP list........filet crochet.  I just got the bug and couldn't stop myself from trying it.  There was a You Tube tutorial that had this sample heart and so I did it.  Filet crochet definitely needs to be blocked but I have the gist of it now only my printer is out of ink so I can't print off any of the hundreds of patterns out there.   Plus I need a size 7 or 9 crochet hook which I don't have and some crochet thread which I do have.  Has anyone ever tried using yarn to do it?   Meanwhile I need to update my YOP list and stick to it! I found several neat websites this week....one called Chip It which I blogged about the other day and I got to thinking about using it for other things besides painting colors.  Tammy mentioned choosing yarn colors so I went out to Pinterest and applied Chip It to some colors of items I liked or that appealed to me in some way. 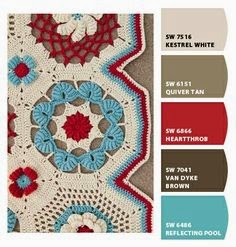 I found it works much better if the item you want to "chip" fills the whole Pinterest posting else you get colors like black and white that sometimes aren't even in the picture.  Like above it got the background color of the carpet or whatever it was.  Take it with a grain of salt as I like to say. 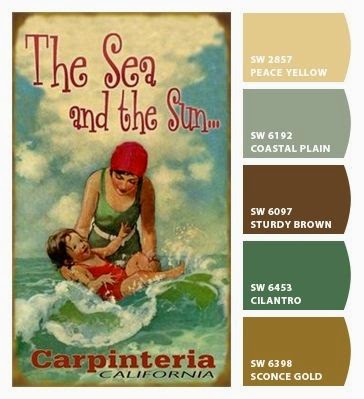 The poster did well because there was no background showing but where's the red?  And the blue sky?  I guess they only have room for 5 colors along the side so you'll have to improvise a little. 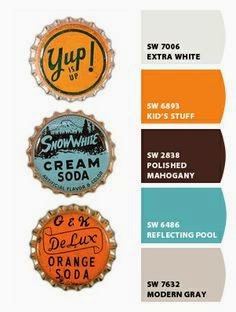 This is also great if you want to use the colors in your wallpaper or even pictures on your wall to come up with a color scheme for a blanket or throw or a rug or on and on and on! 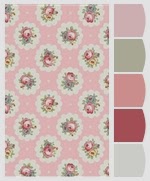 I wish Pantone had something like this.
For some reason Spring has made me want to dive into new arenas and try new techniques, new colors, new yarns and more.  I'm already making my list for YOP 1415.....and it includes.....oh, sorry....there I go "jumping the gun" again.   But just suffice it to say that until July, I might be doing some research into Fair Isle, colorwork, dyeing and Irish crochet.  Now, back to my YOP's of 2013-14.  Have a great week and I hope "Spring is popping out all over" at your place.
Happy Trails!
Posted by Sam I Am...... at 5:10 PM 12 comments: