Finished another DIY mystery & received the other snowmen blocks!

This is the 2nd book in the DIY mystery series by Jennie Bentley.  I know these books are good because I stay up late reading them! LOL!  Usually when I get tired I put the book down and turn out the light but with these last 2 books I've been staying up later not wanting to put them down.  I have 2 more of these books and according to the publishing dates,  she's written one every year since 2008.  So, there should be one more written in 2012.  If you want to know the order in a series you can look it up on your computer by searching for the author's name or if you're not near your computer you can look at the data in the first few pages that gives you the publishing date and thus the order of the series.
Here are the blocks I received yesterday.  I didn't go to Guild but one of the gals was nice enough to drop off the other blocks although I realized I'm missing one.  There's supposed to be 10 including mine but I only received 9 totally.  But without further ado....here they are!  They are so cute but mine really stands out for it's unusual color scheme.....there are mostly blues although I was not told there was a rule for color. 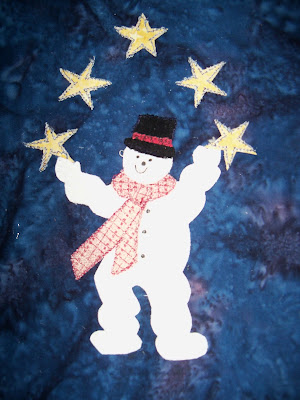 The guy above reminds me of the Michelin man!  Cute juggling the stars....and below is the jolliest! 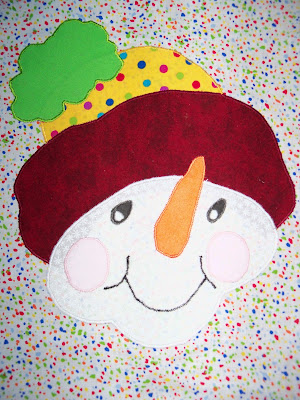 This one is perfectly sewn and so sweet!  I love the background fabric too....just like a snow storm! 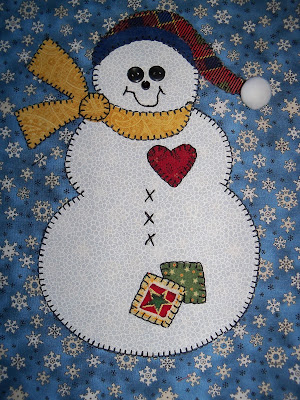 Another one in a snow storm...they DO like snow! 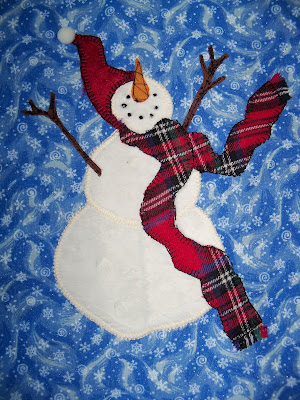 I love this guy with a green scarf and stars shining brightly! 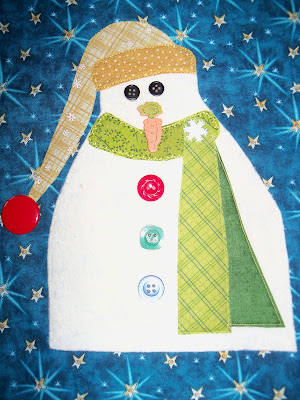 At first I thought this one was a ghost (I have Halloween on the brain right now) but then I realized it was a "melted" snowman!  What a great idea.....but poor snowman. 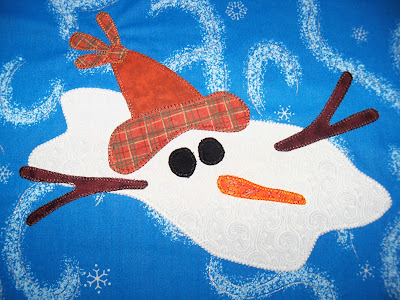 It amazes me how with just a ruler and angles quilters can make anything! 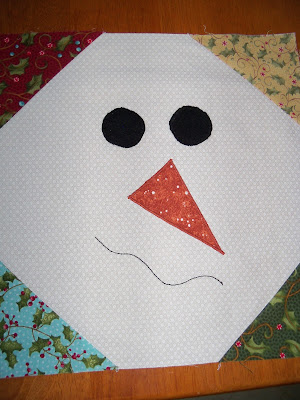 Love this little guy!  Too cute! 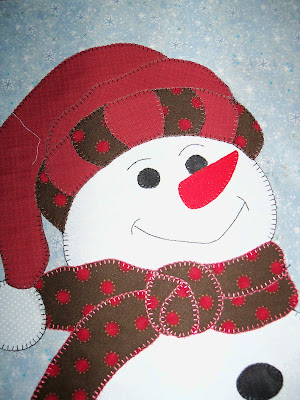 Now, you can all give me suggestions on what I can do with all these.  They all look fine together except mine! LOL!  Oh well, maybe I'll make a Christmas throw with the others and turn mine into a picture or pillow.  Hope you had a great day!